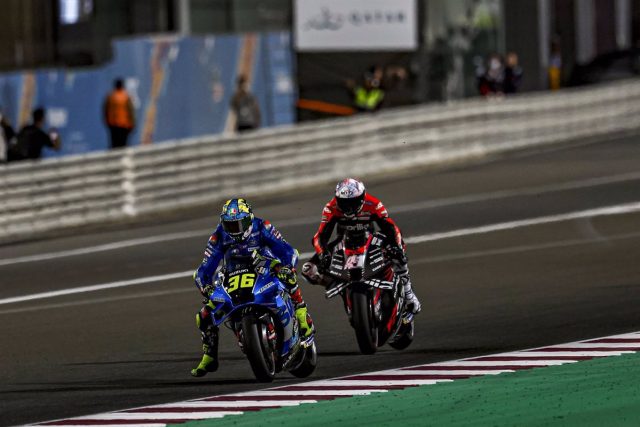 The French rider Johann Zarco (Ducati) achieved pole position this Saturday for the MotoGP race of the Portuguese Grand Prix, the fifth round of the Motorcycle World Championship, and will command a front line in which he will be accompanied by the Spaniards Joan Mir (Suzuki) and Aleix Espargaró (Aprilia), all in a day in which a yellow flag ruined the best classification of the year for Marc Márquez (Repsol Honda).

With the break-in that having gone through Q1 gave him, Àlex Márquez (Honda) set the first great reference time of the final session of the premier class. Joan Mir (Suzuki) displaced him from the privileged position for a couple of minutes, but managed to recover it while his brother Marc (Repsol Honda), who suffered a hard crash in third free practice, climbed up to second place.

Read:  Arón Canet is discharged and will compete in the Spanish Grand Prix in Jerez

With less than four minutes to go, the little boy from Cervera improved his time again, but Johann Zarco (Ducati) snatched the lead by 60 thousandths, before Mir took the lead again. Four tenths returned the Frenchman to first position, before Australian Jack Miller (Ducati) surprised them both.

The appearance of the yellow flag due to a fall by Pol Espargaró (Repsol Honda) ruined the good lap of the older Márquez, who saw how Race Direction annulled the lap that would have put him first. Already without a flag, Zarco did not miss his opportunity, almost with the time expired, to take pole.

Read:  Maverick Viñales: "My main goal is to grow the bike, we have great potential"

Finally, Àlex Márquez will start the event seventh, Marc will start ninth and Pol, tenth. Among those who did not make it past Q1, Jorge Martín (Ducati) will start thirteenth, just ahead of Maverick Viñales (Aprilia), while Àlex Rins (Suzuki) and Raúl Fernández (KTM) will start twenty-third and twenty-fourth, respectively.