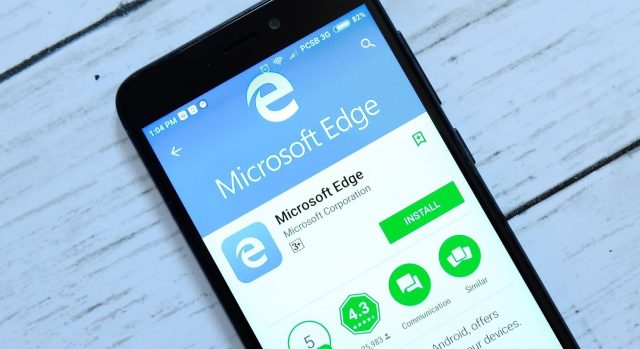 Although it has been rebuilt from scratch, using technologies borrowed from rival Chrome, Microsoft Edge still fails to escape the bad reputation inherited from its predecessor Internet Explorer. But that doesn’t stop the Microsoft developer from trying again until they get the desired result.

Maybe if Microsoft promoted the successor to Internet Explorer by simply using the name Edge, without any association with the identity of the parent company. He even dared to offer it as a standalone application, which can be installed / uninstalled on any compatible device without feeling the vibe of the predecessor that you simply could not get rid of, then the most advanced and modern web browser ever developed. for the Windows platform it may have received the accolades it deserves. Instead, we still run into the same tricks, with Microsoft integrating the new Edge with Windows entrails, just like its predecessor Internet Explorer.

Read:  Google has "leaked" the unboxing of the new Pixel 6a on the internet, revealing the lack of a charger. VIDEO

The good news is that Microsoft Edge is a very good web browser, safe to use and equipped with more and more useful features, such as a VPN service, the selection of which could save you additional costs by using commercial alternatives. The fact that the Internet is becoming an environment subject to state censorship in more and more regions of the world only gives more weight to the service provided free of charge by the American company.

Unlike paid solutions, Microsoft Edge Secure Network only offers the promise of encrypting Internet traffic and hiding your exact location, but does not allow you to select a specific connection server and imposes a monthly traffic limit of 1GB, sufficient for web browsing. occasionally, but not for heavy use or file download. However, the main advantage remains: blocking the censorship filters set up by the authorities in the country of origin. And the “disadvantage” of integrating with the Windows operating system now works as an asset, with authoritarian governments being able to ban the use of Edge with VPN, only if they ban the operating system installed on most PCs.

In any case, depending on how you use this feature, you may run into traffic limits in just a few days, reaching the paid subscription option. And that could be a problem if you’re in Russia, a country virtually isolated from the global banking network.

Another disadvantage is that in order to benefit from this service, you must be logged in with a Microsoft account, which could be problematic if you use a pirated Windows installation, with or without the consent of “Tsar” Putin.