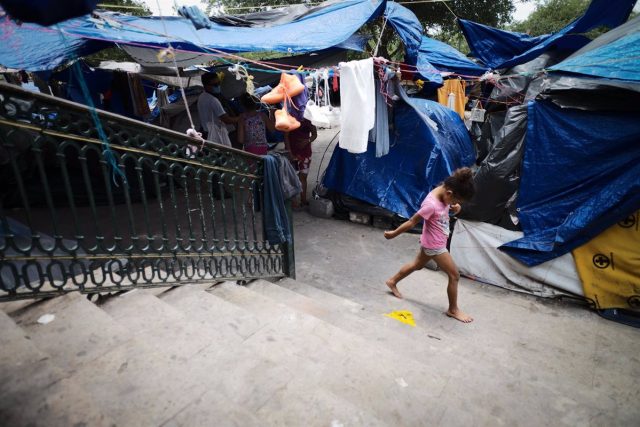 Mexican authorities have attended to 93 migrants out of a total of 400 who have been found after being abandoned in a trailer on a highway in the Mexican state of Veracruz, a month after 53 migrants died in a vehicle with similar characteristics in the United States.

The rescued migrants have assured that they were running out of air and have broken the top of the trailer box, at which point several witnesses have helped them to get out to prevent them from suffocating to death.

The rest of the migrants have fled to avoid being found by the Mexican authorities, as reported by Azteca television.

Read:  WFP warns of "significant" increase in hunger in Port-au-Prince due to violence and economic crisis in Haiti

“Between all of them they say that they broke the top and the workers of a gas station have helped them to open those who were trapped inside. They abandoned them and they were suffocating. There were around 400 people,” explained the Civil Protection doctor of the municipality of Oluta, Cristóbal Cisneros.

In this context, Mexican Civil Protection has reported that some of the migrants were unconscious, others presented dehydration and some had fractures after throwing themselves from the roof of the trailer. Twelve of the rescued migrants were taken to hospital.

“We found people in very bad condition, some with hypertension, diabetics, people who were thrown from four meters high so they have possible fractures, nervous breakdowns, minors, we missed other children who left, but the work is being done to continue looking for them to care for them,” stressed Kenia Iveth de Dios, a doctor of Civil Protection of Mexico.

A total of 53 migrants died in a traffic accident in the U.S. town of San Antonio, in the state of Texas at the end of June.