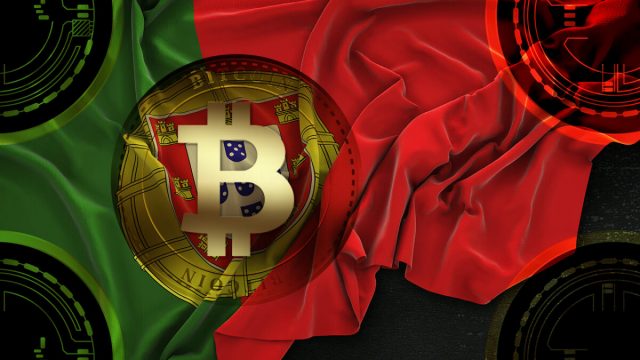 As things get a little more complex for the crypto-currency market, it was to be expected that regulators and banks around the world would take a close look at crypto-currencies. This has happened in different countries, and as each country has a different view of crypto-currencies, the approach they take to these changes is different.

For example, India is a very hostile country to crypto-currencies, and they are much closer to a blanket ban, than a country like the United States which is relatively friendly to crypto-currencies, or Portugal, which until very recently had a positive attitude towards digital assets, but it seems that this is changing, which is worrying not only investors and exchanges in Portugal, but also the whole market.

According to the latest reports, Portugal may be changing its pro-crypto-currency stance permanently. This is related to the fact that in recent days, different banks in Portugal have taken the decision to close some crypto exchange accounts in the country.

As reported by other digital media, 3 digital asset exchanges have had their bank accounts suddenly closed. It should be noted that all three exchanges that have been reported so far had an operating license issued by the Portuguese central bank itself. Furthermore, the exchanges claim that the closure of their accounts was carried out without any prior notice and without any explanation as to the reasons for the closure.

The banks involved in this situation, at least so far, are Banco Comercial Portugues, which is none other than the largest publicly traded bank in the country. The latter is joined by Banco Santander, and both have been tasked with closing the bank accounts of CriptoLoja, which is a crypto-currency exchange, which only last year was authorized by the Bank of Portugal, and in fact was the first in the country to do so.

Read:  Who is Shytoshi Kusama? Information about the brains behind the Shiba Inu

All crypto-currency exchange accounts in Portugal could be closed

The main whistleblower is so far Pedro Borgeswho is the co-founder of CriptoLoja, the crypto-currency exchange that obtained the first operating license issued by the Central Bank of Portugal and also had its accounts closed.

What Borges is saying is that what is happening is not an isolated event, or a mistake, or anything like that. He says that other banks, less important than Banco Comercial Portugues and Banco Santander, had also closed the accounts of the exchange.

Pedro Borges has so far decided to keep secret the other banks that made this decision, but what he revealed is that they also did not give explanations about the closure of the accounts.

And while the CriptoLoja case is currently the one that has caused the most commotion, it is actually not the only one, nor the first. According to data presented in a recent report, Luso Digital Assets and Mind The Coin are other platforms that have also had problems with traditional banking institutions in the country. They claim that their accounts have been closed, without further information.

Pedro Guimaraes, founder of Mind the Coin, said that he was unable to open an account in a bank in the country after his accounts were closed earlier this year. It should be noted that this platform was also authorized to operate by the Central Bank, but this did not prevent banks from closing his accounts.

No response from the banks

One of the most curious things is that so far, none of the banks that have closed the accounts of the crypto-currency exchanges have indicated publicly or through communication to the people involved why they closed their accounts.

And considering the security standards of these banking institutions, it is likely that the reasons for closing the accounts are related to some suspicious transactions or apparent risks that these types of accounts may present.

The fact is that, although it seems to be a multifactorial problem, the reasons for the banks’ decision have not really been reported. For the time being, the situation is going to get a little more difficult for the crypto market in Portugal, and although there is no further information on the position of the banks involved, it is expected that they will soon report on the reasons for the closures of the exchange accounts.