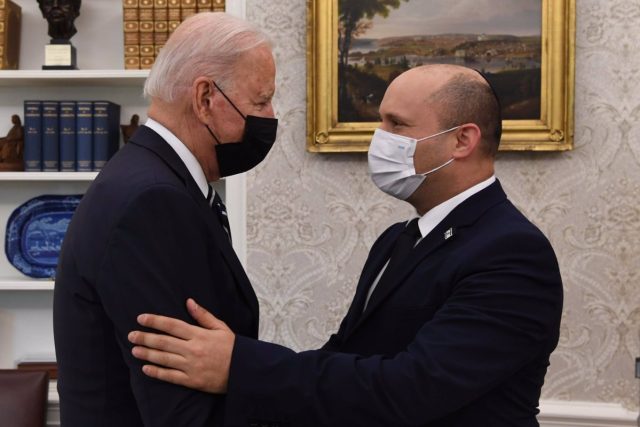 The President of the United States, Joe Biden, has conveyed this Wednesday to the Prime Minister of Israel, Naftali Bennett, his “firm” support for Israel in the face of the terrorist threat that has left eleven dead in three terrorist attacks in the country in just one week.

Biden has expressed “his deepest condolences following the horrific terrorist attacks that have killed 11 people in three Israeli cities,” the White House said in a statement.

Both leaders have spoken of the importance of regional associations to “promote security and improve the lives of people throughout the Middle East.” Thus, Biden has offered “his Israeli ally all the necessary help” to deal with “terrorist threats.”

Read:  Salvatore Mancuso asks U.S. not to extradite him to Colombia because he fears for his life

Israeli Prime Minister Naftali Bennett denounced that the country “is facing a wave of Arab terrorism” after the attack on Tuesday in Bnei Brak, on the outskirts of Tel Aviv, which left at least five dead.

Tuesday’s attack took place after the death of four people on March 22 in an intentional hit and subsequent knife attack in the city of Bersheeba (south) and the death of two policemen after being shot on Sunday in Hadera. Islamic State claimed responsibility for these attacks.