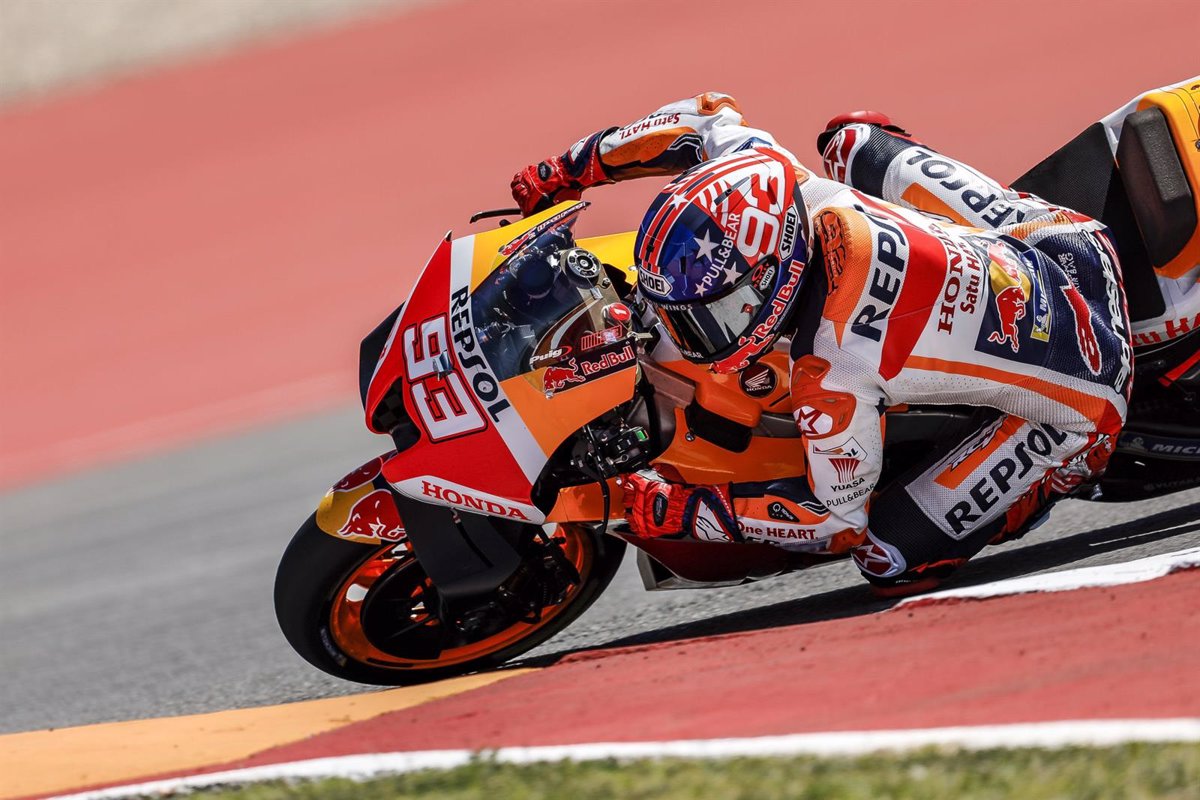 Pol Espargaró: “The best thing after a hard race is to run again”

The Spanish MotoGP rider Marc Márquez (Repsol Honda) showed his joy at contesting the Spanish Grand Prix this weekend in Jerez, a “very special” circuit for the eight-time world champion, who hopes that “everything will be easier ” to “fight” on Sunday in the sixth date of the season.

“Portimao was a difficult Grand Prix, so I hope that in Jerez everything will be easier and we can work well during the weekend to fight on Sunday. It is a very special circuit to race, not only because of its history, but also because of the atmosphere that is breathed on the day of the race”, he said in statements provided by his team.

Marc Márquez arrives at the Andalusian track after achieving a sixth place in Portugal that placed him eleventh in the general classification. In Jerez, the Repsol Honda Team rider has obtained good results, with 2 victories in MotoGP, 4 second places (3 in MotoGP and 1 in moto2) and 2 third places (1 in MotoGP and another in 125cc).

The one from Cervera highlighted the atmosphere that will be breathed on the day of the race. “I am happy to arrive in Jerez and see the Spanish fans. After some difficult years, I hope that all the fans can come and enjoy themselves. For us it will be an important weekend to continue improving and get closer to the lead”, added the Catalan pilot.

POL ESPARGARÓ: “THE BEST AFTER A HARD RACE IS TO RUN AGAIN”

In the case of Pol Espargaró, he lands in Jerez occupying twelfth position in the general classification. In the last Grand Prix, the Repsol Honda Team rider finished ninth, so he will seek to redeem himself this week in a race in front of his own fans.

Read:  From doubts to the Ballon d'Or?

“The best thing after a tough race is to go back to racing, so I’m happy that we’re going straight to Jerez. We have to understand what our situation is and work to overcome it, to show the speed we had before the start of the year,” he acknowledged. after overcoming a complicated weekend in Portimao.

Now, Espargaró returns to the Andalusian track, a stage in which he has achieved two victories in the intermediate categories of the World Championship. “It’s great to be back in Spain and I hope that on Sunday we race in front of the crowd like before, because this is something that makes Jerez really special,” he said of his aspirations in Jerez, where he has “full faith” in his team and in the motorcycle to “unleash its potential”.