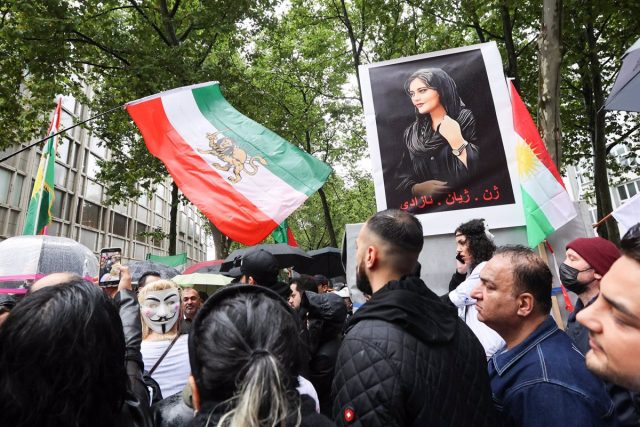 The family of Mahsa Amini, the 22-year-old woman who died on September 16 in Iran while in police custody for improperly wearing the veil, has denounced that they have not yet had access to the official case files.

The father, Amjad Amini, has stated that the Iranian president, Ebrahim Raisi, did not “console them at all”: “He only called and said they would follow up.”

“No one is giving us an answer about the cause of my daughter’s death,” Amini assured local media on Sunday.

She further explained that she has attended several times to receive explanations from the forensic doctor and the relevant authorities. “But they did not give me any answer, they simply tell me to wait for two or three more weeks,” he has indicated.

The family’s defense reported last Wednesday that they had asked the relevant authorities for a detailed investigation into how the arrest was carried out, as well as the process of transferring the young woman to the hospital, providing all the documentary evidence necessary to clarify what happened, according to the Iranian news agency ISNA.

“The Morality Police must be available and we must have the right to have permanent access to their files,” remarked the defense of Amini’s family, who were promised by the judicial authorities that the case “will be handled with care,” as well as the possibility for forensic experts and the medical team appointed by the family to be aware of the investigation and possible problems.

The death of the 22-year-old Kurdish woman after she was arrested for improperly wearing the Islamic veil has provoked a wave of indignation both in part of Iranian society and more unanimously internationally.

Numerous demonstrations have been recorded in several Iranian cities, including Tehran, in which numerous women have thrown down their veils and cut their hair in protest. For their part, the authorities have virulently repressed these rallies, leaving several dozen dead.