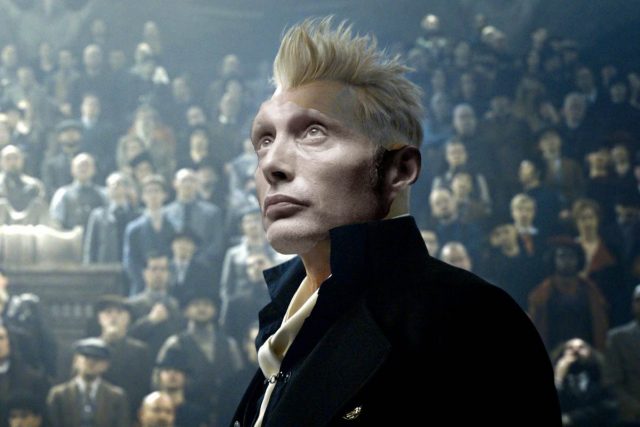 Although Mads Mikkelsen arrived at the Saraievo Film Festival to receive The Heart of Sarajevo Honorary Award for his contribution to the art of cinema, he found himself being taken to task about something else entirely.

Speaking about his most recent film, Fantastic Beasts: The Secrets of Dumbledore, in which he played Gellert Grindelwald, Mikkelsen admitted that he had some concerns about replacing Johnny Depp, who withdrew from the franchise due to a lawsuit with his ex-wife Amber Heard. He also hinted at Depp’s possible return to the franchise.

Mads Mikkelsen: “There was no way I could copy him. It would have been creative suicide.”

“It was very intimidating,” Mikkelsen said. “Obviously, well, now he’s won his lawsuit, so let’s see if he comes back. I’m a big Johnny fan. I think he’s an amazing actor, I think he did a fantastic job. That said, I couldn’t copy him. There was no way I could copy him. It would have been creative suicide. So we had to come up with something else, something that was mine, and build a bridge between him and me. So yes, it was intimidating,” Mads Mikkelsen said.

Read:  Unprecedented record on the Kickstarter platform: how much money a well-known author has collected from fans, what he does with them

After his role in 007 in 2006, Mikkelsen began receiving offers from the United States. “I grew up watching those films and of course it’s fantastic to be a part of them. Having said that, acting in front of a green screen, fighting a giant scorpion that doesn’t exist, is real action,. Sitting in a kitchen, having a dialogue with someone is more of a reaction. You’re actually using your imagination when you’re working with a green screen,” said the Danish actor.

Mads Mikkelsen was also asked which actors he admires. “There are so many fantastic actors I’ve worked with a lot at home and there are many more elsewhere. One guy I’ve always wanted to work with is a French actor called Vincent Cassel. I think he’s amazing. I grew up with Robert De Niro and if I could get Meryl Streep on board, well, that would be great,” Mikkelsen concluded.

Read:  Lexus is preparing a broken model for the future: everything we know about the RZ 450e