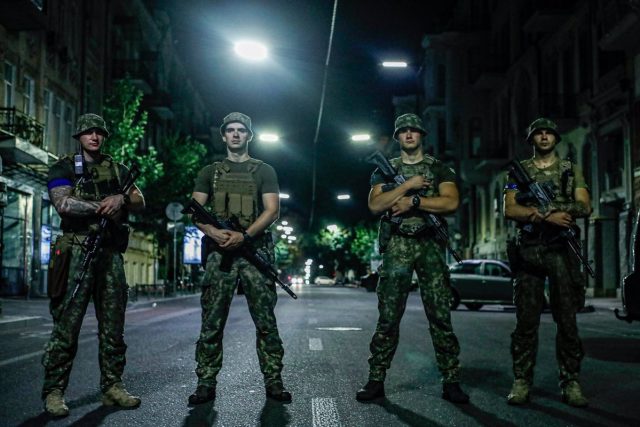 Latvian authorities have requested this Tuesday the European Court of Human Rights (ECHR) to participate as a third party in the case of Ukraine against Russia for possible abuses and violations, as well as war crimes that could have been committed by Russian troops during the war.

Latvia’s application, on the basis of Article 36 of the European Convention for the Protection of Fundamental Rights and Freedoms, is the first of its kind to intervene as a third party in an inter-state case.

Previously, Latvia intervened as a third party in several proceedings in which the Court examined individual applications concerning alleged violations of the Convention by other contracting parties, the Latvian Ministry of Foreign Affairs has explained in a statement.

This is an extraordinary measure, applied in very exceptional circumstances, usually where there are serious concerns that continuing human rights abuses may have been committed.

A couple of months ago, Russia ratified that it would stop complying with the rulings of the ECHR, a body that on February 25 announced that it was temporarily suspending the country as a result a day before President Vladimir Putin’s announcement to invade Ukraine.

Russia declared its formal withdrawal on March 15, as a result of which the country was also excluded from the Council of Europe, on which the ECtHR formally depends, responsible for ensuring respect for Human Rights in the 47 countries that have recognized its jurisdiction.