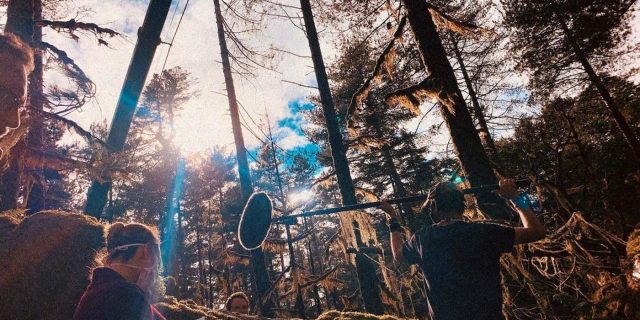 The star of “Jurassic World: Dominion”, DeWanda Wise, shared an extraordinary image in which we are revealed the creation of the forest setting of the film.

One of the most anticipated films of 2022, “Jurassic World: Dominion” will finally premiere in June, after being postponed for a year by the Covid-19 pandemic. The film is expected to end with the hit trilogy “Jurassic World”, which revived with the dinosaur franchise in 2015. Colin Trevorrow returns to the helm of directing, after going into production on Jurassic World: Fallen Kingdom ”, in 2018.

The action of the new film takes place four years after “Fallen Kingdom”, “Jurassic World: Dominion” with the intention of addressing the subject of the crisis in the previous film, in which we could see the dinosaurs walking free in the world, giving birth to a real chaos.

Read:  BYD announces a radical decision: the carmaker wants to push the industry

What does the set of “Jurassic Worlds: Dominion” look like?

The actress from “She’s Gotta Have It”, DeWanda Wise, joins the “Jurassic World: Dominion” family, playing the role of the pilot Kayla. “Jurassic World 3” is Wise’s biggest project to date. She shared a photo, but also a video, from “Dominion”, which highlights the “mastery” behind the complex scenery of the forest in the movie. “I love being on set so much,” Wise said.

Jurassic World: Dominion will be released on the big screens on June 10, 2022.