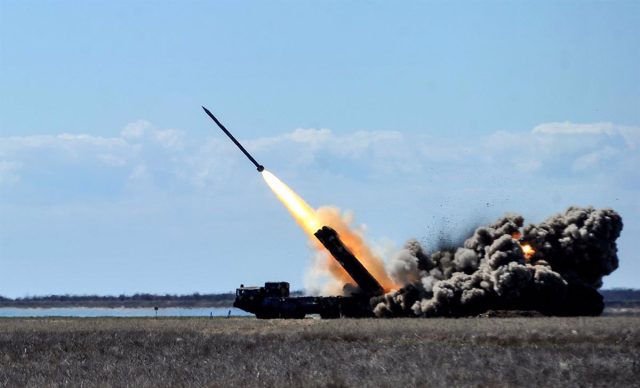 British Prime Minister Boris Johnson declared on Friday his support for the idea of ​​delivering the so-called Multiple Rocket Launch Systems (or MLRS) to Ukraine to empower Ukrainian forces in their operations against the Russian invasion.

These systems allow the launch of guided rockets or long-range missiles capable of even reaching Russian territory, an offensive bet that, in Johnson’s opinion, is the way to go instead of trying to reach a peace agreement with the Russian president, Vladimir Putin.

“How do you deal with a crocodile that is in the middle of eating your left leg?” Johnson asked himself in an interview with Bloomberg, about the behavior exhibited on the Russian president, whom he considered “is a guy who, definitely , he’s not trustworthy”.

Ukraine’s request to receive the MLRS has been received with great caution by several allied countries given the possibility, precisely, that its missiles will reach Russia, but Johnson has assured that its delivery would respond to eminently defensive purposes against “the brutal Russian artillery” .

In fact, in recent hours it has become known that the United States has begun to openly study this possibility, according to sources from the White House to CNN, with the delivery of MLRS and a light version, the so-called Rocket System M142 High Mobility Artillery Gun (HIMARS), trained to hit targets some 300 kilometers away.

In this sense, Johnson has urged the allied countries to make a decision soon because Russia “continues to eat ground” in the east of the country, where it has focused its operations in recent weeks and is making “slow but palpable progress”.

The prime minister has also referred to the humanitarian conflict caused by the paralysis of Ukrainian grain exports and the problem that it entails for the delivery of food aid to countries in need.

The Black Sea routes are currently blocked. Putin has offered the reopening of the sea passages under his control as long as he receives security guarantees in exchange, but Turkey relies on a 1936 agreement that enables it to regulate passage through the Bosphorus in time of war.

All this has led to an enormously complicated situation despite the fact that the British prime minister had a “good conversation” on this matter with the Turkish president, Recep Tayyip Erdogan.

However, Johnson did not offer good forecasts in the short term. “I am not going to deceive anyone. There is no immediate solution to this issue that we can reach with the snap of our fingers,” he lamented.