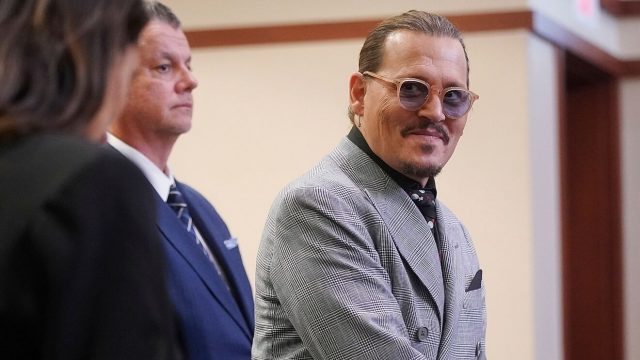 Johnny Depp is set to return in a new movie. The actor, who began his career in Wes Craven’s 1984 horror film A Nightmare on Elm Street, has had a rich career spanning nearly 100 titles, many of which were made in collaboration with his good friend, director Tim Burton.

Among his most important collaborations with Burton are: Edward Scissorhands, Ed Wood, Alice in Wonderland, Charlie and the Chocolate Factory and Sweeney Todd: Demon Barber of Fleet Street, the latter earning him one of his three career Oscar nominations.

He also starred in several major franchises, including landing the role of Captain Jack Sparrow in Pirates of the Caribbean. Furthermore, he also put his stamp on the Fantastic Beasts and Where to Find Them franchise, later being replaced by the Danish Mads Mikkelsen (known to audiences for his role in Hannibal, among others).

Read:  James Bond's car put up for auction: how impressive is the famous car used by Sir Sean Connery

His future in the industry took an unexpected turn after Johnny Depp became embroiled in a series of highly publicised and widely debated controversies sparked by his ex-wife Amber Heard.

Hear accused him of domestic abuse, and he in turn accused her of fabricating the allegations, saying the abuse was actually committed by her. Later, in 2019, Depp would end up “returning the favor” and suing her for defamation.

Because of Heard’s accusations, Johnny Depp would end up losing major contracts, including the one for the third Fantastic Beasts film, as mentioned above. The trial ended in June this year, with the judge ruling in Depp’s favor.

Read:  Prehistoric Planet, the new Apple documentary dedicated to dinosaur and Cretaceous enthusiasts: when you can see it

According to Bloomberg, Johnny Depp now appears ready to start work on his next big project. The film, which is called La Favorite, will begin shooting in France this summer. The project is a historical drama that will feature the actor as Louis XV, the French king who had the second longest reign in the country’s history. The film will also air on Netflix in France after its theatrical release.