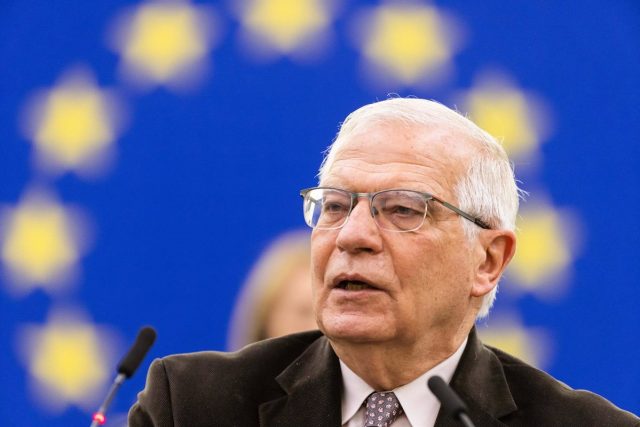 The European Union on Friday blamed Russia for the consequences of the war in Ukraine on energy and food security, insisting that it is in the hands of President Vladimir Putin to end a “senseless” war and avoid a food and energy “catastrophe.”

Speaking at the G20 foreign ministers’ meeting in Indonesia, EU High Representative for Foreign Policy Josep Borrell said that the Russian war of aggression has “dramatically” worsened the food crisis, with the food insecure population doubling in two years.

Read:  China stresses that "nobody wants a Third World War" after Russia's warning

“A quick response to many of these problems remains in the hands of one man: President Putin, who must stop this senseless war and avoid a global food and energy catastrophe,” Borrell told the international forum.

The head of European diplomacy has insisted that the blockade of grain in Ukrainian ports is a “deliberate attempt to use food as a weapon of war” against the most vulnerable countries in the world. And he stressed that Moscow is solely responsible for this situation and not the European sanctions.

“The agricultural sector in Russia is not targeted. Our sanctions do not prohibit the import of Russian agricultural products or fertilizers, nor the payment of such Russian exports,” he has stressed.

Read:  Pelosi lands in Taiwan despite China's threats: "The visit does not contradict US policy".

In this regard, he recalled the actions taken by the EU to address the food crisis, starting with 7 billion that it will mobilize until 2024 to respond to the situation, in addition to support to increase local production capacity and efforts to get grain out of Ukraine through alternative routes.