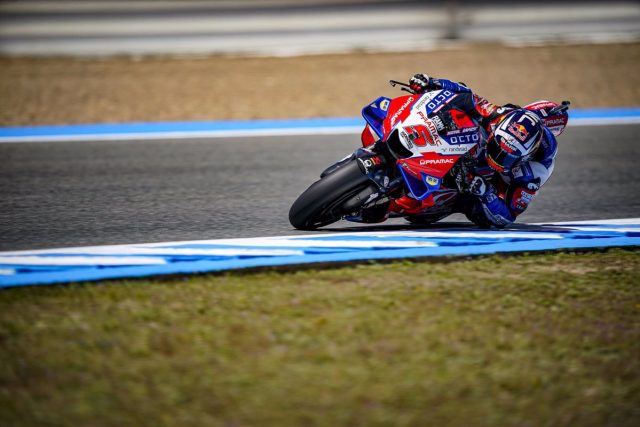 The French rider Johan Zarco (Ducati) was the fastest in the test day of the MotoGP category that took place this Monday at the Jerez-Ángel Nieto Circuit after the celebration of the Spanish Grand Prix this weekend.

The one from Cannes, who could not finish the race on Sunday, signed a best lap of 1:37.136, faster than he did on Saturday in ‘Q2’, and with which he surpassed the South African Brad Binder by 158 thousandths ( KTM), while his compatriot Fabio Quartararo (Yamaha), current world champion, leader of the World Championship and second in the Spanish Grand Prix, was third at more than 300 thousandths.

For his part, the best Spaniard in this training session was Pol Espargaró, from Repsol Honda, who finished in fifth position, almost half a second behind, after a day in which he rode the most (85 laps), focusing on his problems with the ‘grip’ and on the geometry of your bike.

His teammate, Marc Márquez, continued his work in finding the best set-up for his mount and even tried three different ones during this day in which he finished fifteenth (1:37.940). According to the MotoGP website, the eight-time world champion, who gave 60 laps to the Cadiz track, was testing a 2021 aerodynamic package, although he focused above all on the best ‘setup’.

Read:  Tuchel: "It's unlikely that we'll come back, but we'll try"

Aleix Espargaró (Aprilia), second in the championship and third this Sunday, was seventh, more than six tenths on a day where his team worked on the suspension, electronic and swingarm settings, while Suzuki had Joan Mir and Alex Rins sixth (1:37.756) and eighth (1:37.778) respectively, looking for suspension and swingarm upgrades.