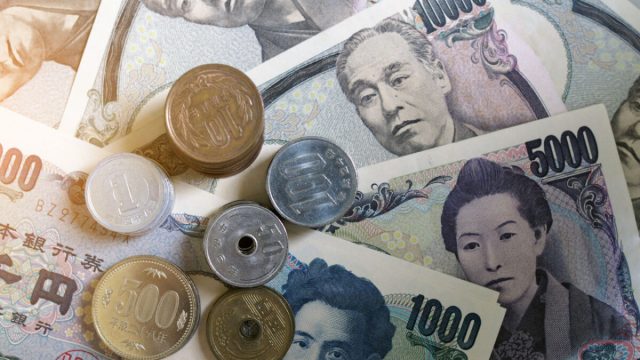 The Japanese yen’s exchange rate against the U.S. dollar recently plunged to its lowest rate in 32 years – JPY 147.66 per dollar. The yen’s latest drop comes less than a month after its slippage in September prompted authorities to intervene in the currency markets for the first time since 1998.

Spread between US Treasuries and Japanese government bonds widens

The Japanese yen fell to a rate of 147.66 per dollar, its lowest exchange rate against the U.S. dollar in 32 years, a report said. The yen’s latest record drop came after official U.S. figures showed prices rose faster than expected. The U.S. Federal Reserve has resorted to rate hikes to curb inflation, but these hikes have in turn led to a strengthening of the Dollar against other world currencies.

However, unlike other central banks that followed in the footsteps of the U.S. Federal Reserve and raised interest rates, the Bank of Japan (BOJ) reportedly maintained a “ultra-light monetary policy“. Investors in turn reacted to the resulting spread between U.S. Treasuries and Japanese government bonds by selling the yen.

In September, when the rising dollar drove the yen to a 24-year low against the greenback, the BOJ responded by intervening in the foreign exchange markets for the first time since 1998. According to a BBC article, the Japanese authorities are again likely to respond to the yen’s latest plunge with further intervention.

The report quotes Japanese Finance Minister Shunichi Suzuki as suggesting that “appropriate measures“will be taken to prevent the yen from continuing to slide.

“We cannot tolerate excessive volatility in the currency market due to speculative movements. We monitor currency movements with a strong sense of urgency“, Shunichi Suzuki was quoted as saying.

In late September 2022, when the Japanese currency fell by more than two yen in one day against the dollar, the Japanese authorities responded by spending nearly $20 billion. While the intervention helped stabilize the yen, some analysts question the sustainability of such a solution.

However, in a new blog post, the International Monetary Fund (IMF) suggested that a temporary intervention in the foreign exchange market might be the most appropriate solution. As the blog explains, such an exchange rate intervention can “help prevent negative financial amplification if a sharp depreciation increases risks to financial stability, such as corporate failures, due to currency mismatches.“

In addition to helping diminish the threat to financial stability, intervention in the foreign exchange market could also potentially help a country’s monetary policy, the IMF notes.