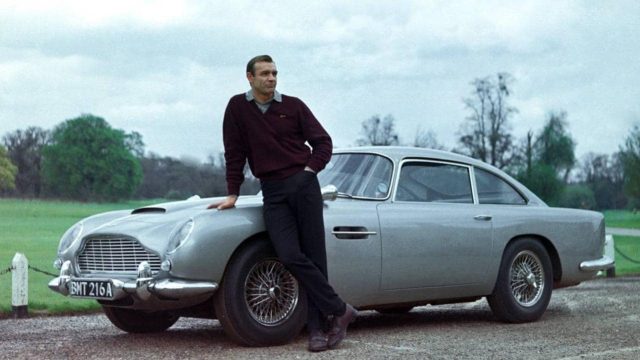 Actor Sean Connery’s James Bond car has been put up for auction for a not inconsiderable amount, as you can see below.

The car was estimated at more than $ 1.5 million.

The Scottish actor played James Bond in his on-screen debut in the 1962 film Dr. No, then starred in five other James Bond films, making his last appearance in Never Say Never Again in 1983. Connery died in October 2020, at the age of ninety.

Over the years, more than twenty James Bond films have been made. Seven different actors played the main character, most recently Daniel Craig, who ended his role as Bond in 2021 with the release of No Time to Die.

Read:  Lexus is preparing a broken model for the future: everything we know about the RZ 450e

Connery was not only the first, but perhaps the most appreciated of Bond’s actors. After his death in 2020, Sean Connery has been honored, many in honor of his career.

Now James Bond’s car, used by Sean Connery himself, is up for auction for over $ 1.5 million. The 1964 Aston Martin DB5 will be auctioned off at Monterey Jet Center on August 18, according to Broad Arrow Auctions. The company’s Instagram post also explains that a “significant portion” of the sale of the Aston Martin DB5 will go directly to the Sean Connery Philanthropy Fund.

Read:  Emmy Awards 2022 - the full list of this year's best films and series: who won

Although the classic car will be put up for auction at a high price, the donation to the Sean Connery Philanthropy Fund will honor the actor’s legacy. Although best known for his portrayal of James Bond, Connery was also a “greedy” philanthropist during his lifetime. He has donated millions of dollars to charities to help improve the lives of other people in his home country, Scotland – and beyond.