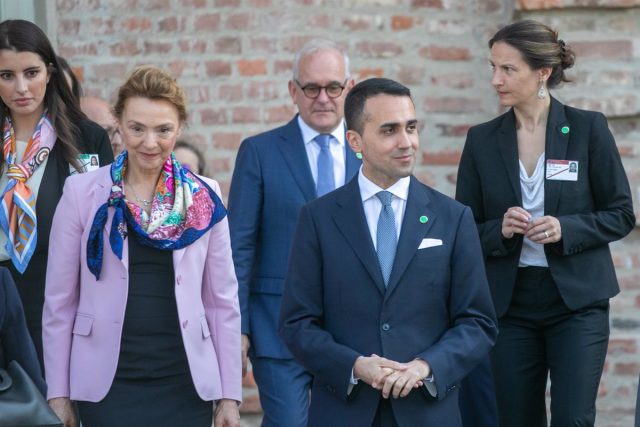 The Government of Italy has presented to the UN Secretary General, António Guterres, a multi-step peace plan with which it wants to contribute to ending the conflict in Ukraine, for which the Italian Foreign Minister, Luigi Di Maio, has appealed to the “credibility” of his country on this issue.

“There is no imposed peace,” said Di Maio, a day after personally delivering the proposal to Guterres, reports the AdnKronos agency. The head of Italian diplomacy, who on Friday hosted a meeting of the Council of Europe, defended before the media that it should be based on the premise that Ukraine is the country that “has been invaded”, that “its people He was killed by Russian bombs.”

Rome’s goal is to “facilitate dialogue” and reach a ceasefire agreement “as soon as possible.” In fact, the ceasefire appears and the demilitarization of the combat front appears as the first point in a four-step agenda that would be supervised by an international group created ‘ad hoc’, according to the newspaper ‘La Repubblica’.

The second stage would introduce political questions about the future of Ukraine, for example the guarantees of neutrality demanded by Russia, if kyiv has made it clear that it will never give in to Moscow’s claims in terms of territorial integrity.

Giving up sovereignty over Donbas or Crimea are still red lines for Ukraine, but in the third phase of the Italian plan, kyiv and Moscow should talk precisely about how to guarantee the autonomy and security of both territories.

Fourth and lastly, Italy proposes a multilateral treaty that would contemplate aspects of disarmament or the withdrawal of Russian troops in territories whose sovereignty Ukraine claims.

The Ukrainian government has promised to “study” this initiative, according to a Foreign Ministry spokesman, Oleg Nikolenko, quoted by Ukrinform. Any final decision, he has warned, “must be based on respect for Ukraine’s sovereignty and territorial integrity within its internationally recognized borders.”