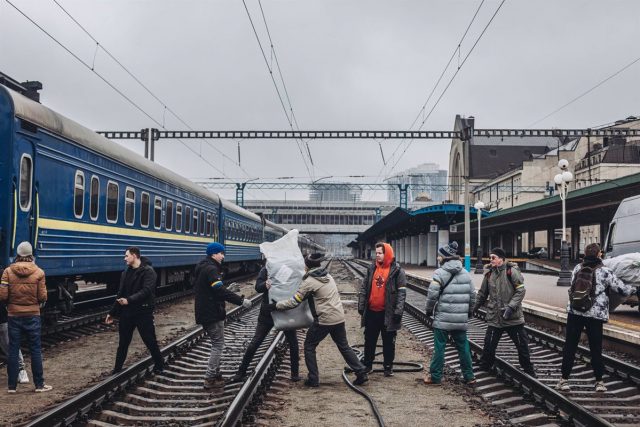 Ireland is facing a housing shortage for Ukrainian refugees who continue to arrive in the country, as the Citywest center in west Dublin has reached its maximum capacity.

The country’s Department of Children has informed Irish NGOs supporting the Ukrainians on Wednesday that it has had to suspend the admission of new migrants into existing state accommodation as it has run out of available beds and space at Citywest and has no immediate contingency plan, as reported by the ‘Irish Times’ newspaper.

The Citywest center is hosting more than 1,000 people who have fled the war in Ukraine and is at capacity, forcing the Government to seek an alternative transit center in the Dublin region for any new Ukrainians arriving.

Irish Prime Minister Micheal Martin will meet with senior ministers on Thursday to discuss the situation and “review current policies and processes,” a spokeswoman for the Irish government has explained, according to the cited media outlet.

She has also indicated that there has been a “very significant” increase in the number of asylum seekers in recent weeks, which has caused a “severe shortage” of available accommodation for both Ukrainian refugees and asylum seekers.

As of Monday, 40,678 people had arrived in Ireland from Ukraine since the Russian invasion began on February 24.

“Ensuring the safety, health and security of people fleeing Ukraine has been, and remains, a top priority for the Irish Government since the Russian onslaught began in February. The majority of people arriving in Ireland are women and children,” the Executive spokeswoman has sentenced.