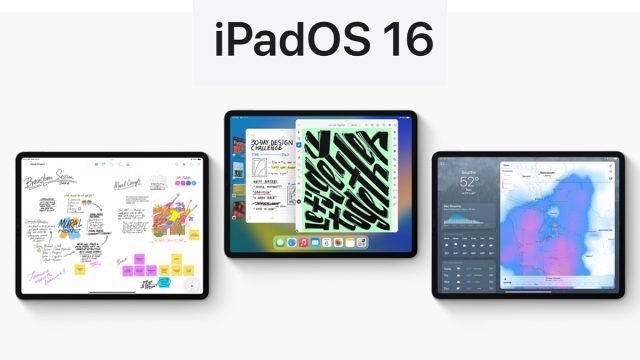 According to rumors picked up by Bloomberg, Apple will not release iPadOS 16 tablet firmware simultaneously with the iOS 16 iPhone version in September. That would also mean a delay in product launches, with the next-generation iPad delayed until October at the earliest.

Officially, the reason for the delay would be a newly added iPadOS feature. Stage Manager, a multitasking feature developed by Apple specifically for iPad tablets, is intended to provide a user experience more like using app windows on Mac PCs. Thus, the Stage Manager implementation is a contributing factor to the delayed release of iPadOS 16, with Apple failing to fix all bugs in a timely manner. If the release is delayed, Apple would have more time to focus on finalizing iOS 16 in time for this fall’s iPhone launch.

Read:  The latest apps in AppGallery are available on Huawei devices Since Apple separated iPadOS into its own operating system in 2019, updates shipped have been mostly synchronous with iOS updates, coming alongside software updates for iPhone and iPad. The delayed release of iPadOS 16 will deviate from Apple’s usual release schedule. Stage Manager is only compatible with iPad Pro and iPad Air models from the M1 generation onwards, which has generated some complaints aimed at discriminating against owners of older generation handsets.