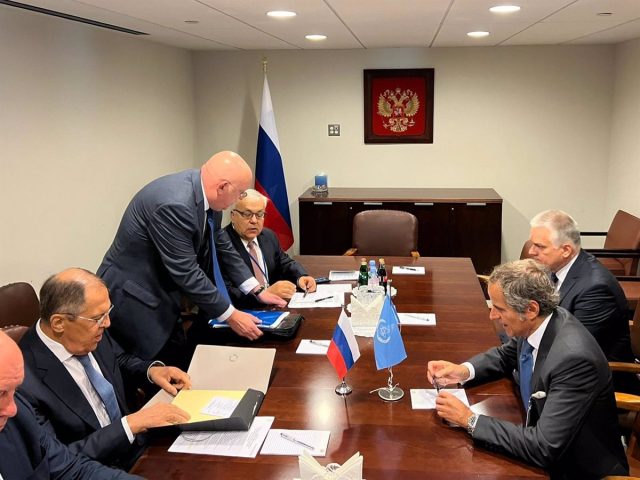 The Director General of the International Atomic Energy Agency (IAEA), Rafael Grossi, has started during the day on Wednesday “real negotiations” with the Ukrainian and Russian delegations in New York to establish a protection zone around the Zaporiyia nuclear power plant.

This was announced by Grossi in two tweets in which he showed his meetings with the two delegations, which are in the United States these days on the occasion of the UN General Assembly.

“I have started real consultations on the Nuclear Protection and Safety Zone at the Zaporiyia power plant in Ukraine. Productive and professional exchange with Russian Foreign Minister Sergey Lavrov,” Grossi said in a first message on Twitter.

Read:  Donetsk authorities claim to have received no appeals from London over Paul Urey death

“We have started constructive and active consultations with Ukrainian Foreign Minister Dmitro Kuleba on the establishment of a Nuclear Protection and Safety Zone at the Zaporiyia power plant.