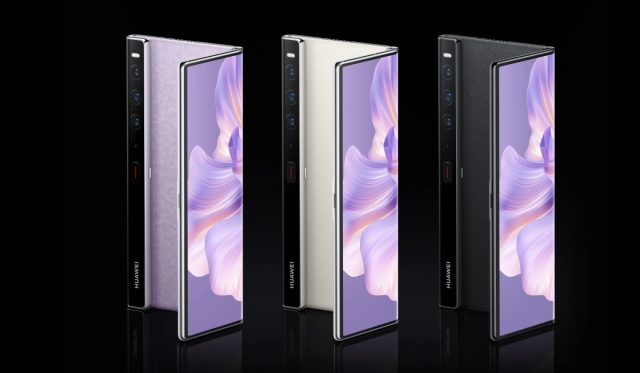 Huawei Mate Xs 2 has also been officially announced for sale outside China. The new foldable phone, which adopts the original foldable design from Huawei, with an external screen that can be folded to the back, but comes at an extremely high price for most mobile device users. It is also more expensive than the solutions sold by Samsung, but it manages to slightly reduce the entry price compared to the foldable models in the Mate series from Huawei.

The price of a Mate Xs 2 is 1,999 euros in Europe, so probably around 10,000 lei when (if?) It arrives in Romania. For the price of two high-end phones, Huawei offers a 7.8 ”foldable screen with a resolution of 2,480 x 2,200 pixels with a refresh rate at 120 Hz, something that was not available on previous generations of Mate X and Xs.

Read:  Did you buy the app you are using? Bad luck if you're from RUSSIA

It can be folded to be used comfortably as a “traditional” phone with a diagonal of 6.5 “, which other foldable models do not offer. In general, the external screen is a compromise, in an unusual format, difficult to use as the main screen.

Although it is a foldable phone, which usually comes in larger size and weight than traditional models, Huawei Mate Xs is only 10 grams heavier than regular flagship phones, such as Samsung’s iPhone 13 Pro Max or Samsung’s Galaxy S22 Ultra. It weighs only 255 grams (50 g lighter than the original Mate Xs).

The hardware configuration is similar to that of the P50 series

The hardware configuration for Europe remains unchanged from that of China. We are talking about a Snapdragon 888 chipset with 8 GB RAM and 512 GB internal storage. Of course, it runs Android with EMUI 12 from Huawei, with proprietary services and AppGallery, without Google services. The 4,600 mAh battery could be a cause for concern for such a large screen, but at least charging at 66W is fast enough to get rid of emotions during the day.

Huawei phones are famous for their quality cameras, and Huawei promises proprietary Huawei XD optics, an XD Fusion Pro color profile and three quality sensors. The main one is 50 megapixels, the ultra-wide camera uses a 13 megapixel sensor, and the camera with 3x optical zoom benefits from an 8 megapixel sensor. They were previously used on various Huawei models, so even if they are not at the quality level of the current flagships, they should give good results.

In Romania, Huawei has not yet announced the availability of Mate Xs 2, but we can expect a confirmation in the coming weeks.