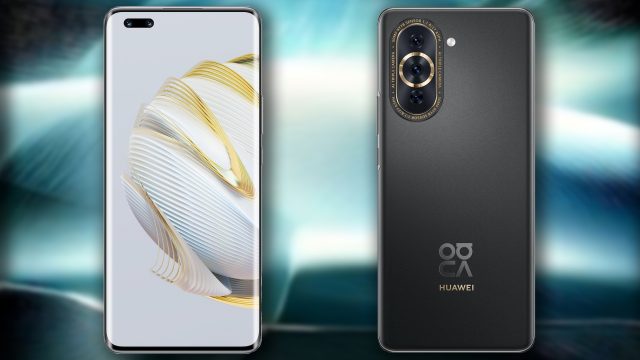 Huawei has announced at IFA that it will launch its Nova 10 smartphone series in Europe too, alongside one of its most advanced smartwatches. These products were originally exclusive to the Chinese market at original launch, but are now coming to the West. The company has announced the configurations in which these models will be available, as well as the starting prices of the basic variants. We don’t have a clear release date yet, but we certainly won’t have to wait much longer to see these models in European stores.

The Nova 10 series consists of two models: Nova 10 “standard” and the “Pro” variant. The base model uses a Snapdragon 778G chipset, with 8 GB RAM and 128 or 256 GB internal storage. The phone uses a 6.67″ OLED display with FullHD+ resolution at 120 Hz and is equipped with a mid-range camera system. We’re talking about a 50-megapixel main camera without optical stabilization, an 8-megapixel ultrawide camera and a 2-megapixel depth camera. The 4,000 mAh battery charges at 66W. This model will be released at a price of around €500 (£430).

The Nova 10 Pro model benefits from a slightly larger screen, at 6.78″ diagonally, also with FullHD+ resolution at 120Hz on an OLED panel. In addition to the 60-megapixel front-facing camera on the Nova 10, the Pro model includes another 8-megapixel ultrawide secondary camera. The camera system on the back, however, is identical on the top model. Also identical is the processor and hardware configurations available. One notable difference we do see, however, is in battery life, where the Nova 10 Pro integrates a 4,500 mAh battery with 100W charging. However, this model will cost more: €730 (£630). In addition to these two phones, Huawei is also launching the Watch D in Europe, announced and launched as early as 2021 in China. This is the first to benefit from a blood pressure sensor, in addition to ECG, blood oxygen saturation and pulse. The watch promises 7 days of battery life and comes with a rather “steep” price: €460 (£400).