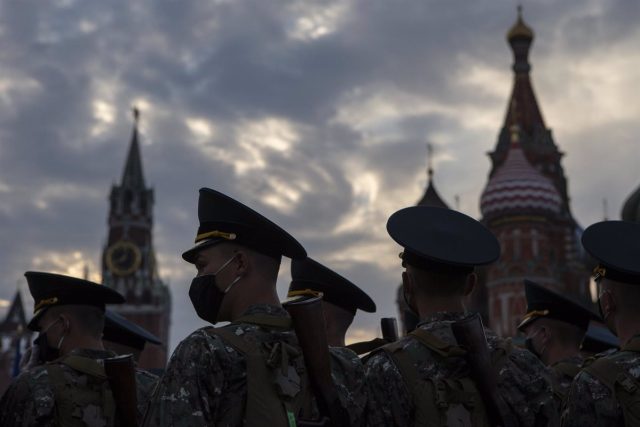 The NGO Human Rights Watch (HRW) stated this Friday that Russia’s decision to close its office in the country “strengthens” its initiative to “denounce Moscow’s turn towards authoritarianism” and has specified that “they will continue working” so that the Kremlin “respect the rights of its people”.

“Human Rights Watch has been working in Russia since the Soviet era and we will continue to do so,” said the NGO’s executive director, Kenneth Roth, adding that this “new iron curtain” will not stop its “continuous efforts” to “defend rights of all Russians and protect civilians in Ukraine”.

HRW, which has maintained its office for 30 years in the country, has denounced in a statement that this measure is part “of the efforts to stifle critical voices” in the framework, in addition, of the invasion of Ukraine and, recently, the Russia’s suspension from the United Nations Human Rights Council.

Thus, the NGO has detailed that the country has passed laws that criminalize independent war reports, as well as protests against the war. “These are the most recent of many laws and repressive measures adopted in the last ten years that have aimed to decimate civil society and have forced hundreds of human rights activists, journalists, critics and lawyers into exile,” he said. .

Read:  Kuleba assures that kyiv is "prepared" to "resume exports" from the port of Odessa

In addition, HRW has indicated that it is working on other issues in the country, which will remain without coverage, such as domestic violence; the rights of people with disabilities; those of the elderly and also labor rights and the rights of refugees and asylum seekers.

Russia announced this Friday the expulsion of the Amnesty International (AI) office in Moscow, as well as those of fourteen other NGOs such as Human Rights Watch (HRW) or Carnegie Endowment for International Peace (CEIP) from its list of foreign international organizations for “Violations of Russian law”.