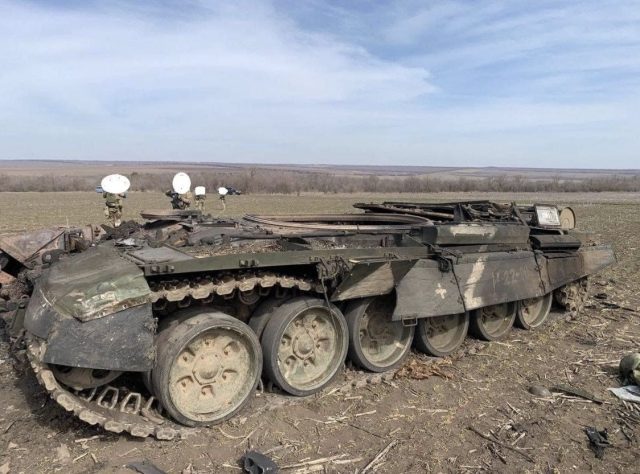 Starlink, the satellite internet network developed by entrepreneur Elon Musk, is more than just a convenient way to connect, but also an effective solution against censorship or profoundly harmful decisions made by authoritarian powers.

The newest example comes from Ukraine, where the dozens of Starlink antennas sent as aid are already making a difference, providing unrestricted internet access for teams on the field. For example, the Aerorozvidka Specialized Air Reconnaissance Unit operates modified drones for civilian use with thermal imaging cameras to see Russian military vehicles such as tanks and command trucks at night.

Drones that were never intended for use on the battlefield require an internet connection to guide and set the target. Furthermore, the fighters managed to adapt the necessary devices for fixing and releasing anti-tank grenades on the targets, the inexpensive drones offering an excellent alternative to the dedicated solutions for military use.

“If we use a drone with thermal imaging, it must be able to connect via Starlink to the artillery officer.”

Although it has been touted as a solution to uncensored internet access, even from otherwise completely isolated locations, Starlink is increasingly seen as a tactical advantage for war efforts, being only a matter of time before services provided by Americans enter and more on the list of threats punishable even by imprisonment in various regions of the world.

Read:  Samsung and Apple are growing, the market is declining