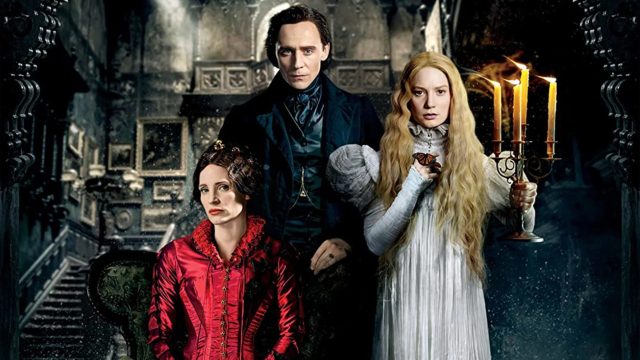 While mutant creatures or vampires are less likely to scare us once the movie is over, haunted movies are a subgenre capable of planting long-term horror.

The uncertainty of the supernatural may be reason enough to cause the audience to turn off the lights after watching a well-made movie with a haunted house, especially in the case of some of them, most often underestimated.

Classics like The Shining or Poltergeist have become cultural trademarks. Moreover, in recent years, Blumhouse Productions has popularized the subgenre with successful franchises such as The Conjuring, Paranormal Activity and Insidious.

The films I have presented may not be as well known in the following, but I guarantee you that they are very capable of frightening the audience enough to be worth watching or, as the case may be, reviewing them.

Among the first films with haunted houses is, unequivocally, those of Georges Méliès. Here we can mention the Devil’s House (1896) and the Haunted Castle (1897), two of those films that have remained well imprinted in the early history of cinema. They provided opportunities to experience the visual effects – of course, given the limitations of the technology at the time.

The first haunted movies about haunted houses were considered more comical than scary, but that changed in the 1940’s with the evolution of technology.

Whether it’s doors and drawers that open on their own, strange appearances in the middle of the night, or the possession of people and objects, these films have paved the way for what we are looking for today in cinemas.

So, let’s look at some of the productions that you may have forgotten about, but which obviously deserve a chance.

Adapted from Richard Matheson’s 1958 novel, Stir of Echoes tells the story of Tom Witzky (Kevin Bacon), a working-class man who does not believe in peace and spirits. By chance, his ability to see ghosts is unlocked, after he is hypnotized by his sister-in-law (Illeana Douglas).

At the time, the film was praised by critics, but its success was overshadowed by its almost striking resemblance to The Sixth Sense, which had just been released a month earlier. With some really terrifying sequences, directed by David Koepp, and an absolutely sensational performance, performed by Kevin Bacon, Stir of Echoes is, without a doubt, a real gem.

Read:  REVIEW Conversations With a Killer: The John Wayne Gacy Tapes, the complete documentary about one of the most prolific serial killers in the United States

When ghost hunter Cyrus Kriticos (F. Murray Abraham) is killed, his house is bequeathed to his distant nephew, Arthur Kriticos (Tony Shalhoub), and his children. The family remains trapped in the house and realizes that this is a real prison for 13 spirits, possibly very dangerous.

Thirteen Ghosts is a remake of an older 1960s movie.

It seems that Hollywood exaggerated with the remake of some horror classics at that time, and Thirteen Ghosts was far from perfect. However, the film deserves a chance. And if it’s not for you, you can always try the original.

The Orphanage is a Spanish gothic film about a haunted house, produced with the help of Guillermo del Toro, and which serves as a directorial debut for JA Bayona.

The story revolves around a woman named Laura (Belén Rueda) who buys a property where the orphanage where she grew up previously operated, with the intention of turning it into a home for children with disabilities. Upon arrival in the dilapidated estate, Laura’s son (Roger Prince) disappears without a trace after he claimed to have befriended a ghost child.

The Orphanage benefits from a standing narrative, full of upheavals that make the suspense even more pronounced. While some haunted movies simply use the story to put the characters in frightening situations, the appearances in The Orphanage work in the service of a compelling narrative.

The Haunting in Connecticut (2009)

As soon as the Campbell family moves into a new house that previously served as a morgue, its members find themselves haunted by spirits haunting the house. Unable to move due to financial constraints caused by the enormous costs of treating her son’s cancer, parents Sara (Virginia Madsen) and Peter (Martin Donovan) take steps to escape the malevolent supernatural presence.

Just like The Conjuring series, the story is based on a case investigated by Ed and Lorraine Warren. Also inspired by the global financial crisis of 2008, The Haunting in Connecticut’s narrative took on real-world parallels, relying on people’s inability to keep their homes or move to better ones.

Yoshimi Matsubara (Hitomi Kuroki) moves into a new apartment with her 6-year-old daughter while going through a divorce, only to find that the apartment is haunted.

Although Dark Water was not as popular as Ringu or Ju-On: The Grudge, the film is obviously one of the smartest horror movies.

The film intertwines in one the notions of maternal loss and sacrifice, in a classic “haunted house” type narrative. True, other Japanese horror movies may have scarier sequences, but few are able to match its emotional impact, which is all the more important if you’re a “substrate” addict.

The Crimson Peak takes place in Victorian England and tells the story of an extremely rich American heiress. At the same time, Edith Cushing (Mia Wasikowska) wants to become a successful writer. She moves to England after her marriage to Sir Thomas Sharpe (Tom Hiddleston), an English baron. After the mysterious death of her father, Edith moves into Sharpe’s abandoned mansion with her sister, Lucille Sharpe (Jessica Chastain). Immediately, the woman is haunted by strange appearances, but also by nightmares.

With a strong emphasis on atmosphere and production design, director Guillermo del Toro seems to have brought the narrative back to the original classic. Although critics praised these elements, the story initially failed to connect with the mainstream audience.

While on a beach holiday, Roderick (Ray Milland) and Pamela Fitzgerald (Ruth Hussey) decide to buy an old, abandoned beach house just to find it haunted. The brothers are investigating the possible source of the ghost, hoping that they will be able to get her out of there so that they can enjoy the house.

Although it was sold as a love story in all respects, sprinkled with a bit of mystery, The Uninvited was the first film to take seriously the specific narrative, which involves haunted houses.

Prior to this film, haunted houses used to be comically or utterly unrealistic. Although unlikely to frighten modern audiences, this early depiction of spirits still has its nostalgic charm.

Based on Edgar Allan Poe’s Gothic short story from 1839, The Fall of the House of Usher features Roderick Usher (Jean Debucourt) as he is haunted by his dead wife, whom he previously killed.

There are many adaptations of Poe’s work, but Jean Epstein’s 1928 has something special – a special atmosphere. The emphasis is on images, rather than narrative, capturing the spirit that most likely even the writer intended. The screenplay was written in collaboration with the legendary surrealist director Luis Buñuel.