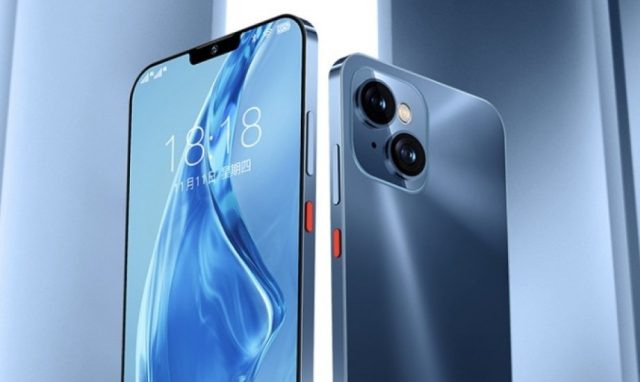 Gionee is not known for the originality of its smartphones, it has over time followed various industry trends in the devices it sold under its own brand or offered to other companies for rebranding. Thus, the launch of the Gionee G13 Pro is not exactly surprising, as it fits perfectly on the company’s profile. What is interesting about this device, in addition to the almost completely “copied” design, is that it runs HarmonyOS, the operating system developed by Huawei, and not the “classic” Android.

It doesn’t take you more than a few seconds to realize that the Gionee G13 Pro is a smartphone that is very much inspired by Apple. Not only the overall design of the phone, with flat screen and back, dual cameras placed diagonally and a notch at the top of the screen give away this “loan” of design lines, but also the fact that it is called “G13 Pro ”. Basically, Gionee is a bit “proud” that it was able to make a similar device in design with iPhone 13.

Read:  Explorado.ro, the first Live Shopping and Lifestyle online store, has been launched From a hardware standpoint, we are dealing with a 6.26 ”full HD + LCD screen phone that only houses a 5 megapixel camera in a notch that seems to exist just to make the iPhone look more like light. Both LCD and OLED screens can be perforated to integrate the cameras. The hardware configuration is complemented by a Unisoc T310 chipset, 4 GB of RAM and 32 or 128 GB of storage. It is clear that we are dealing with a lower-end phone, not a flagship and not even a mid-range model.

The rear camera uses a 13-megapixel sensor, along with a 2-megapixel secondary camera with macro lens. The 3,500 mAh battery doesn’t inspire much confidence in the device’s battery life.

The software chosen for this model is HarmonyOS

Instead of a proprietary version of Android, which probably requires too much extra work from Gionee, the company has chosen to use HarmonyOS from Huawei, with full support for Huawei Mobile Services. That means it will use Petal Maps, AppGallery and the Huawei cloud for backups. Gionee delivers the G13 Pro in four colors: blue, gold, purple and black. The basic version starts at 529 yuan, ie somewhere around 370-400 lei, while the model with 128 GB storage reaches somewhere around 500 lei. Of course, these are Chinese prices that go up when you import such a phone.

If you’ve heard of Gionee before, but you don’t know where, well, this was the hardware vendor for Allview. Most of the phones sold under the Allview brand in Romania were produced by Gionee, while the Romanian company Visual Fan developed the software part, with the proprietary skin of Android.