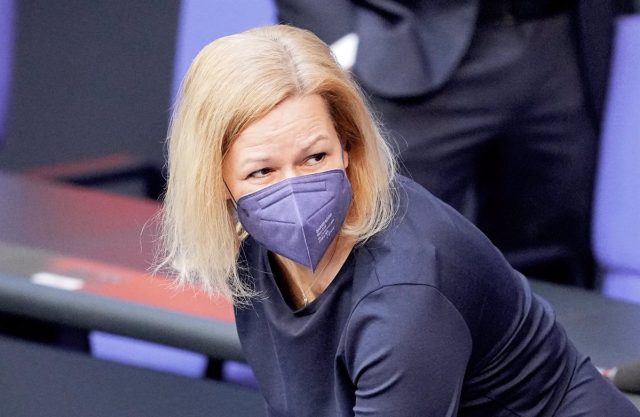 German Interior Minister Nancy Faeser called on European countries on Wednesday to distribute “fairly” the millions of refugees from Ukraine as part of the Russian invasion of the territory.

Thus, he has clarified that it is an “absolute priority” and has indicated that all members of the European Union (EU) must respect the agreement on the reception of refugees of the community bloc.

The agreement “must be implemented now by all,” Faeser said, adding that he has the support of France and Poland. The latter has so far received about two million refugees from Ukraine.

Read:  At least one dead and three injured in an attack on a university campus in Germany

The minister has indicated that she will hold a series of talks with the EU Commissioner for the Interior, Ylva Johansson, this Wednesday to address the matter and has indicated that it is important to find ways for refugees “to obtain protection in external countries, such as Canada, the United States or Japan”, something that will be addressed during the G7 summit scheduled for this Thursday.

German Chancellor Olaf Scholz told Parliament that it is unknown how many men, women and children will flee Ukraine because of the war, but stressed that “there will be many.” “Refugees are welcome here,” he said.

The UN has already registered more than 3.5 million refugees as a direct consequence of the invasion launched by Russia on Ukraine, which has also raised the number of internally displaced persons within Ukrainian territory to 6.5 million.