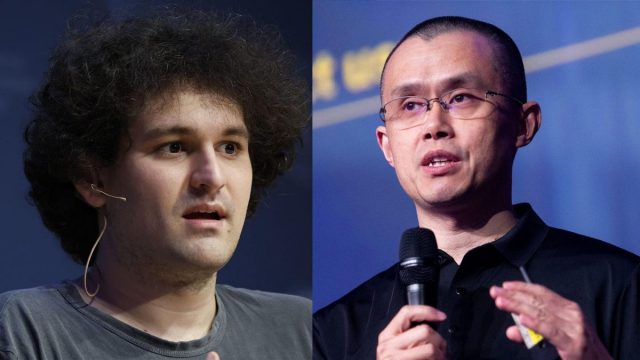 Changpeng Zhao (CZ), CEO of Binance, on Tuesday denounced all the false stories that have been built around him about the recent FTX collapse. However, the alleged culprit of this horrible crash, Sam Bankman-Fried (SBF), recently appeared before the media to give his side of the story.

Changpeng Zhao refused to accept the claim that he wants to be the savior of the crypto industry. He mentioned that crypto doesn’t need to be saved because the market is doing well. The Binance CEO said that’s the beauty of decentralization and that we’re just part of it.

He added that they just want to help other good projects that might be in a cash crunch just because of recent market events. Changpeng Zhao called it a collective interest.

Cz criticized the headline that his tweets destroyed the FTX cryptocurrency exchange. However, he called Sam Bankman-Fried one of the biggest fraudsters in history. He also called him a master manipulator of the media and key opinion leaders.

Sam Bankman-Fried is perpetuating a story in which he portrays Changpeng Zhao and others as crooks, the Binance CEO said. He added that no healthy business can be destroyed by a single tweet. Meanwhile, there was a tweet made by Caroline on November 6 that might have been the cause. However, Changpeng Zhao said that the data shows that this is the real cause why people dumped FTX tokens.

Read:  Bitcoin and Ethereum have been trending lower ahead of this week's Fed meeting

He claims that FTXs killed themselves and their users. He claims that they stole billions of dollars of user funds. Changpeng Zhao said that lying never goes hand in hand with good intentions.

Binance’s CEO summed up the epic showdown by stating that he doesn’t focus on competitors because it’s a waste of time. However, the crypto-currency industry has only reached 6% of the population.