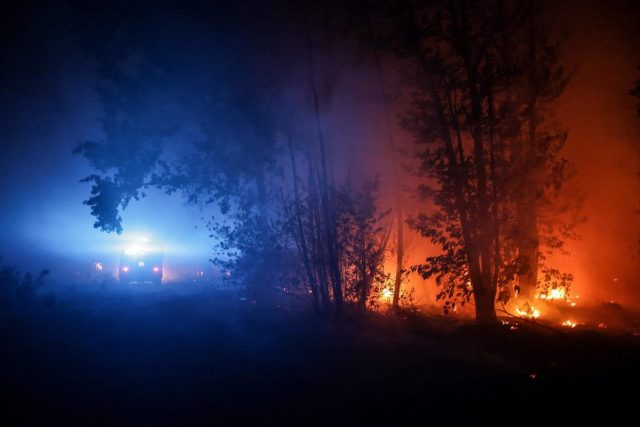 French security forces have arrested 26 people since mid-July on suspicion of arson, which has already resulted in at least four convictions and six remand orders, according to Interior Minister Gérald Darmanin.

The minister has recognized the “criminal origin” of some of the fires unleashed in France this summer, for which he has defended the need to prosecute activities that, voluntarily or fortuitously, result in starting fires.

Interior has mobilized more than 500 police and gendarmes to try to track down the arsonists. In the Gironde alone, one of the areas most affected by the last wave of fires, the Public Prosecutor’s Office has opened about thirty investigations to determine the origin of the multiple fires.

Read:  At least three dead in a shooting at a campground in Iowa, U.S.

Darmanin recalled during a visit to the department of Jure, precisely one of those affected by the flames, that the prison sentences for arsonists can be between ten and 30 years in the event of the death of a person victim of the flames, according to the BFMTV channel.

France has already lost more than 62,000 hectares this year, according to European reports, which show an unprecedented summer across the continent, as well as the fires that are still raging in countries such as Spain and Portugal.