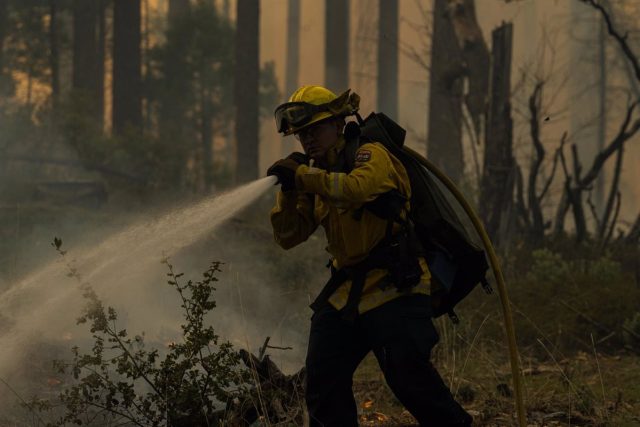 The park’s chief spokesman, Scott Gediman, has said that the flames of the fire were “very close, they are right around (the grove),” as picked up by the U.S. network CNN.

‘Mariposa Grove’ is home to more than 500 giant sequoias, the grove was founded in 1857, but the trees existed long before that, with some believed to be more than 2,000 years old.

Gediman also explained that the flames are within a mile or two of the oldest hotel in the park, the ‘Wawona’ hotel, founded in 1856.

The Washburn fire started on July 7 and has doubled in size this weekend. A total of 360 firefighters are working to contain the fire by ground and air.

“Fire is naturally part of the ecosystem, but it’s these high-intensity fires that cause the damage that occurred, for example, in the Creek Fire and the TCF Complex last year in Redwood National Park,” Gediman stressed, as reported by the aforementioned network.