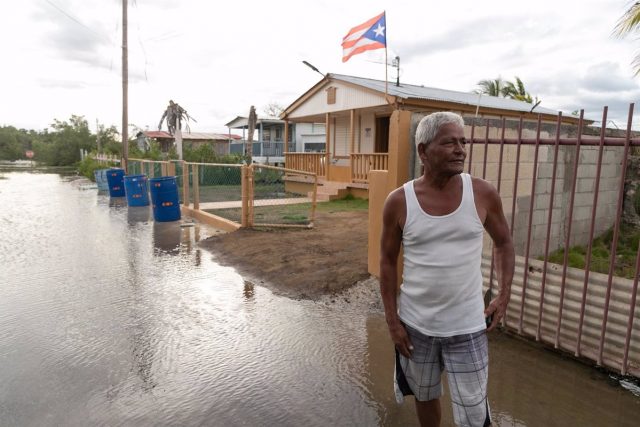 Tropical storm ‘Fiona’ has become a category 1 hurricane, the lowest on a scale of 5, and is already threatening Caribbean islands such as Puerto Rico or Hispaniola.

Maximum sustained winds have increased to near 130 kilometers per hour with stronger gusts and are expected to continue to strengthen over the next 48 hours.

Puerto Rico’s National Weather Service (SNM) has issued a flash flood warning for the entire island and for dangerous waves of 2 to 4 meters.

Read:  Brazilian court suspends Bolsonaro's fine of 8,600 euros for not wearing a facemask

The U.S. president has declared a state of emergency in Puerto Rico and ordered the release of federal resources for emergency response.

Meanwhile, in the Dominican Republic, President Luis Abinader has decreed Monday as a non-working day due to the passage of the hurricane and has postponed until Tuesday his trip to New York to attend the UN General Assembly, initially scheduled for Monday.

The director of the Dominican Emergency Operations Center (COE), Juan Manuel Mendez, has explained that the eye of the hurricane is located about 240 kilometers from Saona Island and is moving at 13 kilometers per hour, reports the Dominican newspaper ‘Hoy’.

Read:  The U.S. state of Georgia bans abortion after six weeks of pregnancy.