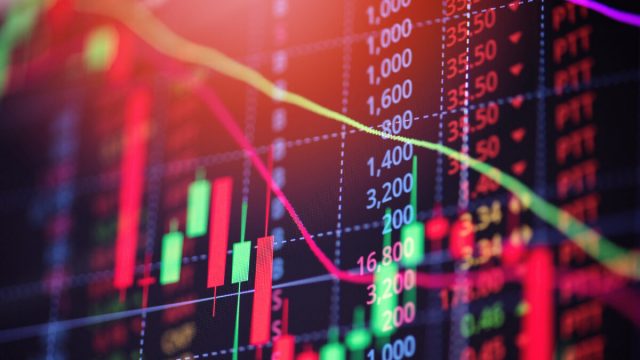 Major indexes like the S&P 500, Dow Jones and NYSE lost a few percent today, while the global crypto-currency market capitalization lost 2.5 percent in 24 hours, falling just above the $1.1 trillion range. Precious metals, on the other hand, traded higher as U.S. President Joe Biden’s administration declared the monkeypox virus a public health emergency in the United States.

Tensions between China and Taiwan and reports of the monkeypox virus are causing stocks and crypto-currencies to fluctuate in price, while precious metals markets are advancing thanks to safe-haven demand.

Stock and crypto-currency traders faced headwinds on Aug. 4, the day after U.S. Representative Nancy Pelosi of California visited Taiwan for a meeting with Taiwanese President Tsai Ing-wen. Global markets saw some fluctuations before the U.S. diplomat’s visit to Taipei and during Wednesday’s visit as well.

Equity and precious metals markets slipped the day before on Aug. 3, while the crypto economy managed to consolidate. U.S. stock markets plunged again Thursday, with the Dow Jones dropping 85 points during trading sessions, with crypto-currencies following the stock market’s fall during the day.

Read:  FTX is working to create a Stablecoin, according to CEO Sam Bankman-Fried

While the Nasdaq was up, the S&P 500, NYSE and many other stocks saw losses throughout the day. The crypto economy also suffered losses, as all digital assets lost 2.5% over the past 24 hours.

In Europe, the Ukraine-Russia war is raging and tensions between China and Taiwan have intensified this week. While Asia faces these tensions, Europe faces an energy crisis and a recession. The U.S. is also facing what many consider a recession, even though the U.S. administration has stated otherwise.

Hours before the close of trading Thursday, some of Wall Street’s major indexes, such as the Dow and S&P 500, rebounded slightly. By the end of the day on Wall Street Thursday, three of the four major indexes were down.

Meanwhile, the gold and silver markets rallied somewhat on Thursday, with both assets climbing. The price of an ounce of gold jumped 1.64% while the value of an ounce of silver gained 1.04%. On Aug. 4, Kitco’s Jim Wyckoff attributed the rise in precious metals to tensions in Asia when he said gold and silver prices were higher in the United States.”due to safe-haven demand as tensions between China, Taiwan and the U.S. intensified this week“.

Read:  Crypto.com can now offer various financial products and services in France with the approval of the Autorité des marchés financiers

Separately, on Thursday, reports detailed that the United States has officially declared the monkeypox virus a public health emergency. Washington Post (WP) reporter Dan Diamond explained that “two officials who spoke on condition of anonymity“said the Biden administration will declare monkeypox an epidemic and a public health emergency. Dan Diamond writes that the message would come from White House Health and Human Services Secretary Xavier Becerra.

Following the article, Xavier Becerra eventually declared monkeypox a public health emergency in the United States at an afternoon press briefing. “We are ready to move into high gear in the fight against this virus and we are asking all Americans to take monkeypox seriously“, the health secretary told reporters.