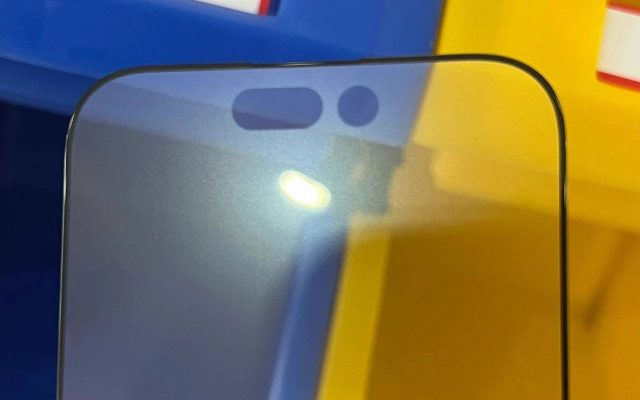 This year’s iPhone 14 Pro and Pro Max models will introduce the first significant design change to Apple’s smartphone series in 5 years. The notch, which debuted on the iPhone X in 2017, has appeared on all of the company’s high-end smartphone models to date, but it looks like it will be replaced with punch holes. Unlike other companies, which try to make these cutouts as unobtrusive as possible, Apple looks like it won’t give users too much extra screen real estate over the previous solution.

The first photos of what appears to be a glass screen protector reveal that the cutouts in the screens of the new iPhone models will be significantly larger than previous leaks suggested. Basically, Apple hasn’t changed the hardware behind the screen that allows for Face ID unlocking, just changed the way they’re integrated into the display.

Read:  Razer Edge 5G will be a new portable Android console for streaming and local gaming

Sure, users will get a few extra pixels in the space between the TrueDepth sensor and the front-facing camera, but they won’t gain so much space that you can display too much in that area of the display. Consequently, with cutouts that large, the change seems to be more aesthetic than practical. Recent rumours also suggest that the new Pro models would have a thinner black bezel around the screens, with slightly larger diagonals: 6.12, versus 6.06 and 6.69 versus 6.68″.

The iPhone 14 Pro and 14 Pro Max will be the only ones to benefit from the new design. The iPhone 14 and 14 Max, the base models, will use panels similar to last year’s 13 series. In fact, the “standard” 14 models won’t even get a processor upgrade, with the same A15 Bionic expected inside, perhaps just with a little more RAM built in.