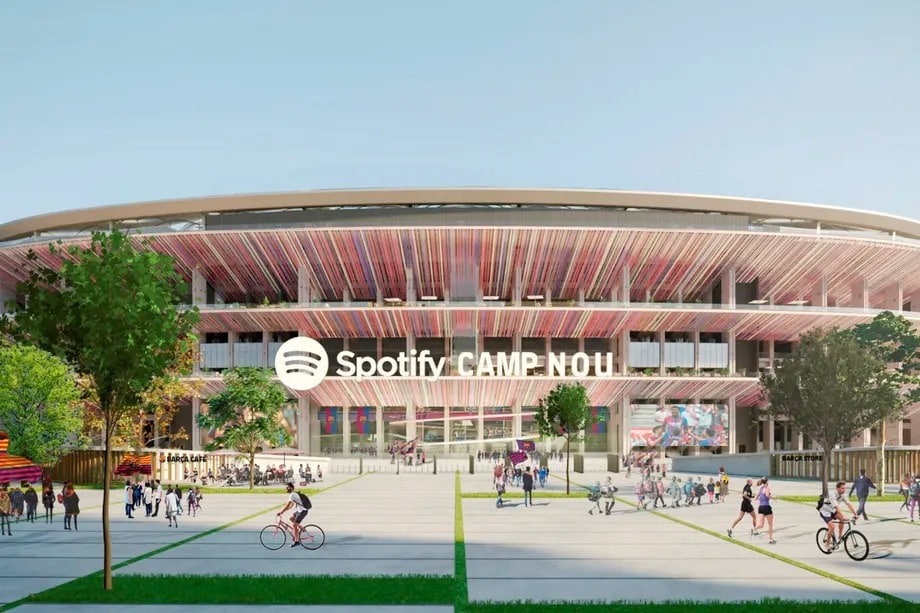 Camp Nou, the stadium of the FC Barcelona football team, now has a new name. Spotify, the music and podcast streaming service, is the team’s new official sponsor, and based on the sponsorship deal, the stadium will be named for the next four years. Thus, when Barcelona fans go to watch matches at the Camp Nou, they will see the new name at the entrance: Spotify Camp Nou, with the logo of the music service.

FC Barcelona matches will be played on “Spotify Camp Nou”

The sponsorship deal amounts to $ 310 million and provides Spotify with access to the names, e-mail addresses and other personal information of “members” who are members of the official FC Barcelona club. The contract could have been more profitable for the sports club if it had more members. Of the 350 million fans he has, only 1% are enrolled in the official club, according to the publication barcauniversal.

Read:  First images of the Galaxy S23 and S23 Plus confirm a very similar design to the S22 series

In addition to renaming the stadium and accessing the database, Spotify will be able to display its logo on the official equipment of the FC Barcelona team for the next four seasons, starting with the 2022-2023 season. This agreement covers both the men’s and women’s football teams.

With the change of name of the stadium, Spotify will try to integrate as many elements of the music area in the experience during the matches, trying to combine sports and music and better promote the work of artists and players:

“Spotify is working with Barca to gain access to the stadium’s systems to integrate elements that can enhance the discovery of new artists. For example, using dynamic digital displays, we can present artists relevant to Barca and the global TV audience. While in Europe you may be able to see information about a particular artist on those billboards, viewers in India may be able to see information relevant to the local audience. ”said Alex Norstrom, head of the freemium division at Spotify.