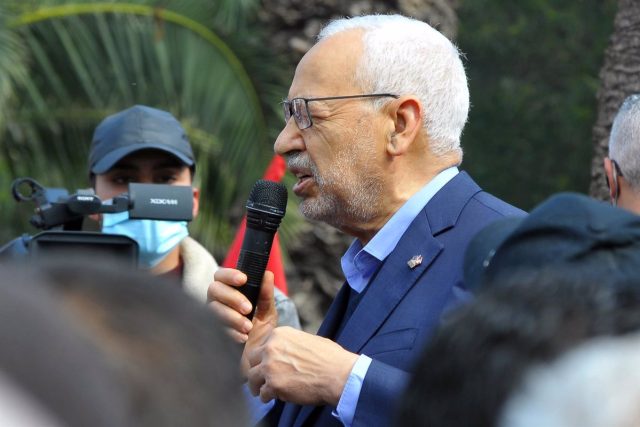 The leader of the moderate Islamist party Ennahda and president of the suspended Parliament of Tunisia, Rachid Ghanuchi, has warned that the situation resulting from the decision of the president, Kais Saied, to assume all powers in July 2021 “threatens to explode”.

Ghanuchi has denounced the “coup” by Saied — who dissolved the government and suspended Parliament — and has criticized that since then “a suffocating financial crisis” has been generated that includes “price inflation” and “absence of basic materials “.

Thus, he has stated that all this “has created a social situation that is preparing to explode and is increasing the divisions between people”, in the midst of “a state of ambiguity and uncertainty”, according to a statement published by Ennahda through its account on the social network Facebook.

The leader of Ennahda applauded that “Tunisians have shown their respect for the Constitution and democracy” and reiterated that Parliament “is the most important institution capable of managing these differences, since it expresses the general will of the population and reflects its diversity and its differences”.

Read:  Mexican Army seizes close to a ton of cocaine in southern Mexico

Likewise, he has called for “constructive and continuous self-criticism” to achieve “a safe, stable, democratic and fair homeland.”” The Tunisians deserve it, since they have shown on every occasion that they are capable of living up to the challenges,” he argued.

“It is true that our emerging democracy is going through great potholes and difficulties, but its reform will not turn around and go backwards, towards the unknown,” he promised, before betting on “an exhaustive national dialogue” to overcome the political crisis, economic and social.

For its part, the Tunisian Parliament has warned in a statement that the current situation “threatens social stability” and has reiterated its “absolute rejection” of the “serious violation” committed by Saied, as well as the “unconstitutional and illegal decrees” approved ever since.

Likewise, he has charged against the ‘roadmap’ proposed by Saied arguing that “it has nothing to do with the needs, demands and problems of Tunisians and has made Saied” legally and morally responsible for everything that happens in Tunisia ” and of “what threatens the State and the social balance” from “its serious violation of the Constitution”.

Read:  Zelensky assures that Ukraine is preparing for the next negotiations with Russia: "For peace"

For this reason, he has warned the members of the Government subsequently established by Saied against “applying the instructions” of the president, since “they contradict the Constitution, the laws and international treaties and agreements.”

Parliament has also shown its support for the security forces “when it comes to protecting the Constitution” and has shown its willingness to maintain a “practical contribution” to achieve “the return to the constitutional path, the elected institutions and democracy, kidnapped by Saied.”

The president announced on December 13 an extension of the suspension of Parliament until elections are held, which he called for December 17, 2022, within the framework of a process that will include a constitutional referendum on July 25.

The Tunisian Constitution of 2014 only allows Parliament to be suspended for 30 days, a period that has been far exceeded, although Saied recently stated that said Magna Carta “has no legitimacy”, which has been criticized by several parties, including Ennahda, which dominated the majority. of seats in the legislative body.