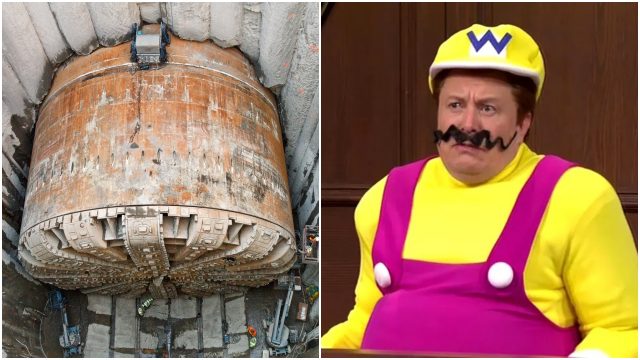 His first month at the helm of Twitter has once again shown that Elon Musk isn’t exactly the “super-genius” who makes very inspired business decisions. But the social network isn’t the only Elon Musk-owned company in big trouble.

In addition to the two big (so far) successful companies he controls, Tesla and SpaceX, the billionaire also has two companies that haven’t delivered the things they promised and probably never will. These are The Boring Company and Neuralink. We’ll talk about the latter in a separate article.

With The Boring Company, Musk promised to solve the problem of traffic congestion in big cities. He proposed underground tunnels that would autonomously transport cars from point A to point B, away from surface traffic jams. Simply put, the car enters the system, is put on a platform and driven to its destination without using its own propulsion. But critics have always argued that this is a more expensive and less efficient mode of transport than… public transport. Wouldn’t it be better to develop metro networks, rail lines and convince/encourage people to use them?

Read:  How to earn JBL wireless headphones or Bose speakers from Kaufland

The original idea behind The Boring Company:

The Boring Company’s only completed project is in Las Vegas. In that tunnel there are no autonomous platforms carrying the cars (only Tesla models are supported), but the cars drive, as if on the surface, using their own motors and on very narrow, asphalt-covered roadways. No wonder, then, that during busy periods in Elon Musk’s tunnel there have also been traffic jams. Some public safety experts don’t even want to think about what would happen in such a tunnel, full of high-capacity battery-powered vehicles, in the event of a fire.

The Boring Company also promised to make tunnels cheaper than ever. Nor does this seem to have been achieved by the company. The only one completed, the one in Las Vegas, was dug in soft, sandy earth. Ground that includes a lot of rock would be much more difficult to tackle and expensive.

Read:  The reason why future generations of smartphones could be even more expensive than the current ones

What major projects The Boring Company has announced (and not delivered)

Elon Musk’s company has managed to convince several city councils that its projects are viable and has even secured funding for them.

One of these failed projects is called the “Tunnel to Nowhere.” Work on a tunnel that was supposed to connect Ontario International Airport to a nearby rail line was put on hold, even though the project received $45 million in funding from the local government. Plans stalled after Tesla abandoned the idea of autonomous cars and costs ballooned to $500 million. In the end, the company scrapped the project.

Another tunnel was to connect the cities of Baltimore and Washington. Meanwhile, information about the project has been removed from the company’s website, according to The Wall Street Journal.