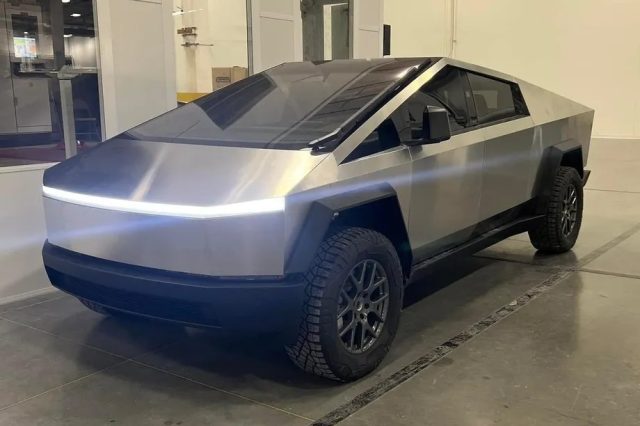 Cybertruck, Tesla’s first electric pickup truck, was officially announced almost three years ago, in 2019, and soon became a real “meme” on the Internet. The strangely designed car was due to hit the market in 2021, but production difficulties have led to multiple delays. At the launch of Texas Gigafactory, Tesla CEO Elon Musk set a new deadline for Cybertruck and promised new products.

Cybertruck will be launched 4 years after the initial announcement

It seems that 2022 will not be the lucky year for those who expected to be able to drive a Cybertruck on the streets. Elon Musk says that only in 2023 Tesla will launch the long-awaited electric pickup truck, which, although it was one of the first models of this kind officially announced, will be one of the last to hit the market. Ford’s F150 Lightning, Rivian 1T and Hummer EV will be available by the time Cybertruck launches.

Read:  Motorola is readying a lightweight and slim flagship, the Moto S30 Pro, alongside the Razr and the new X30 Pro. PHOTO

Musk says Gigafactory Texas will be the largest car factory to date, and 2022 will be the year in which Tesla’s production will grow significantly worldwide. Cybertruck cars will also be produced here.

However, the pick-up model that Musk presented in Texas comes with some differences from the original model presented in 2019. The most obvious, however, is the absence of door handles. It looks like the car will be able to automatically detect when the driver or passengers are approaching and can unlock the doors for them. This function is similar to that of the new Tesla Model S and X, which no longer have a gearbox, the car can guess the direction of travel in which the driver wants to move. However, there is also manual control, but only from the touchscreen of the car.

2023 will be the year of new Tesla products

Next year, in addition to Cybertruck, Tesla plans to launch Tesla Semi, the company’s electric truck, which will be used for freight, as well as the Optimus robot, which will be used in factories to take over the work of human employees for tasks. boring. We still don’t have a deadline for the new Tesla Roadster, the sports car that the company unveiled with Cybertruck.

Tesla cars will increasingly rely on automatic and AI functions. Full Self-Driving capabilities, already available in beta for some time, will arrive in 2022 on the cars of several users who have paid for access. In practice, Tesla will expand beta testing in the US. The development of these capabilities is important for the company, as it also wants to launch a “robotaxi” car, without a driver, for transport services.