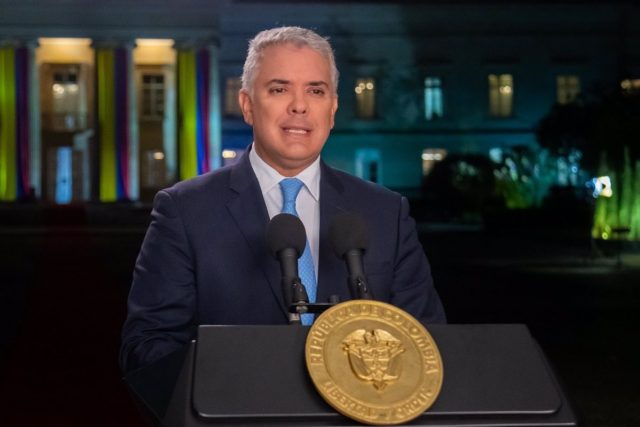 The outgoing president of Colombia, conservative Iván Duque, has said goodbye to office with a speech in which he claimed that his has been the “government of the social revolution”, in reference to the subsidies put in place during the coronavirus pandemic.

Duque has recalled initiatives such as Jóvenes en Acción, Ingreso Solidario, Colombia Mayor. “This was the government of the social revolution,” he has stressed.

His farewell was full of thanks, but he also mentioned critical moments such as the pandemic, “the worst crisis that humanity has had in the last hundred years”. Because of the coronavirus, he had to take “the most difficult decision”, as it was to decree the confinement.

“Today the results achieved and the undeniable signs of recovery give us the tranquility of having done the right thing,” he argued in his speech, picked up by the RTVC radio station.

He has also referred to the revolts and social protests that marked his presidency. “Another of the challenges of this government was to listen to the citizens who demonstrated causing destruction in our city and blocking our roads,” he said.

Regarding violence, Duque has argued that although several deaths of social leaders and police officers have been regretted, “we managed to obtain the lowest average homicide rate in 40 years.”

Read:  Chilean truck drivers announce the cessation of roadblocks in the north of the country

According to Indepaz data, there are 102 leaders and Human Rights defenders killed in Colombia during 2022, bringing the total to 1,336 since the signing of the Peace Agreement with the FARC in 2016.

“Today we are better than we were 5 years ago, 10 and 20 years ago. Thanks to each and every Colombian, for your support, generosity and constructive criticism, immense is my honor to have served for our homeland”, Duque has remarked.