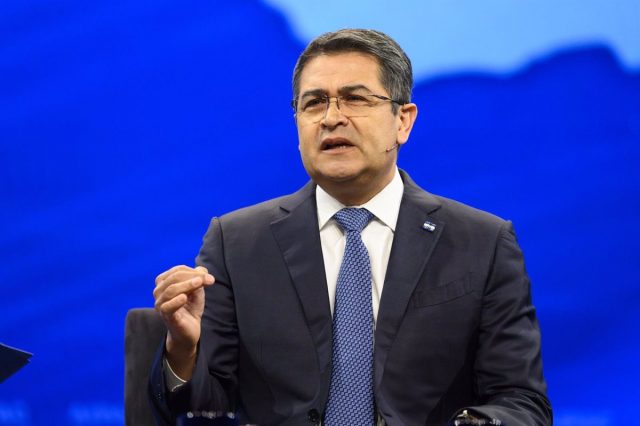 The hearing was initially scheduled for January 17, 2023. However, the investigating judge Kevin Castel has postponed its holding “so that the parties can (…) prepare for the trial”.

In turn, the next hearing has also been postponed and will be held next October 27 of this year, reports the Honduran newspaper ‘El Heraldo’.

Read:  Poland calls for reforms to combat "imperialism" within the EU

In March 2022, a judge approved the extradition of Hernandez to the United States to be tried on three drug trafficking charges. The former president was allegedly linked to, among others, Mexican drug lord Joaquin ‘El Chapo’ Guzman, and drug trafficker Geovanny Fuentes Ramirez, who allegedly financed his 2013 presidential campaign in exchange for protection and to avoid possible extradition.

Antonio Hernandez, his brother, was already sentenced by a federal court in New York to life imprisonment and to pay 138 million dollars (118 million euros), after being convicted in October 2019 for drug trafficking, possession of weapons and false testimony.