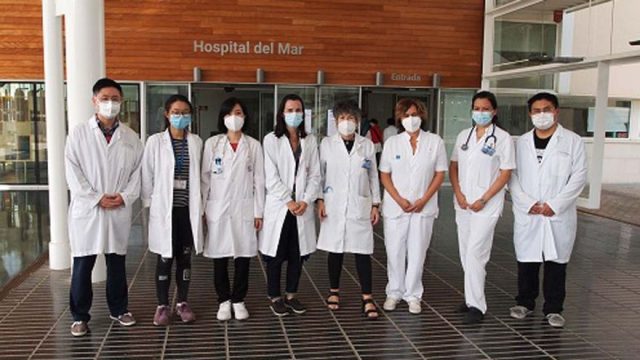 A multicenter study led by the Hospital del Mar Medical Research Institute (IMIM) has revealed that women with bronchiectasis, a highly prevalent lung disease that causes abundant accumulation of secretions in the lungs, have a lower level of severity than men.

The study, published in the journal ‘Biomedicines’, has analyzed data from more than 2,000 bronchiectasis patients, and confirms that the physiology of women and men does not react in the same way to diseases or treatments.

The work has been led by the Research Group on Muscle Wasting and Cachexia in Chronic Respiratory Diseases and Lung Cancer of the IMIM-Hospital del Mar and has analyzed the data of 2,121 patients, from the Spanish Computerized Registry of Patients with Bronchiectasis (RIBRON), of which two out of three (1,368) were women.

The researchers took into account several clinical parameters when classifying their level of severity on three different scales, which include clinical parameters such as lung function, sputum, nutritional status, colonization by more aggressive germs or the radiological extension of the bronchiectasis.

Read:  Researchers reveal two clues to know if you have covid without the need for a test

Taking these factors into account, women had clearly lower severity rates those of men in the three clinical scales used in the study, although among the group of men there were more smokers.

They also saw significant differences in the nutritional parameters between men and women, with a higher body mass index in men compared to women.

“These results tell us that, in the case of patients with bronchiectasis, it is necessary to take into account their gender when considering the follow-up of the disease”, pointed out Dr. Esther Barreiro, lead author of the study and researcher at IMIM and of the CIBER of Respiratory Diseases (CIBERAS).

A second study, also led by Barreiro and published in the International Journal of Environmental Research and Public Health, analyzed the concentrations of eosinophils in the blood, a cell of the immune system present in the lungs as a reaction to the inflammatory process caused by bronchiectasis, of 906 patients, also from the RIBRON registry.

Read:  Is it covid, flu and cold? Differences according to symptoms

Contrary to expectations, the patients with the highest concentrations, 70% of the total, were those with a less severe level of disease severity, while those with lower concentrations of eosinophils they suffered from more severe respiratory disease, worse lung function, and poorer nutritional status, with higher levels of systemic inflammation.

According to Barreiro, “given these data, patients with bronchiectasis need to be better characterized in tailored phenotypic profiles to offer personalized strategies, especially in those with low concentrations of eosinophils, and this fact must be taken into account when choosing certain treatments that target these cells, to prevent a decrease from causing a worsening of the patient’s condition“.