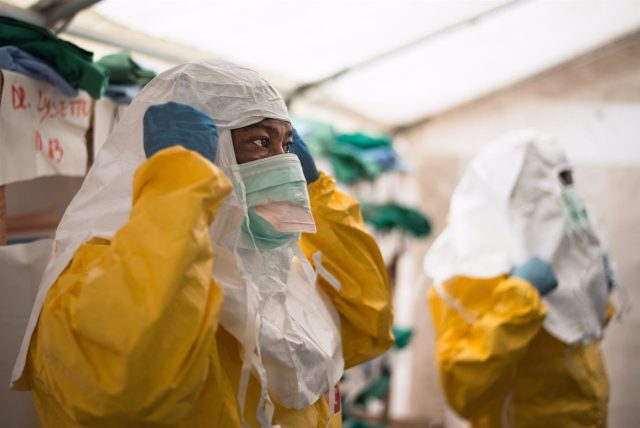 The health authorities of the Democratic Republic of the Congo declared an Ebola outbreak in the northwestern province of Equateur on Saturday after the discovery of the first case of the year in the city of Mbandaka.

The patient, a 31-year-old man, began experiencing symptoms on April 5 and, after more than a week of home care, sought treatment at a local health center.

On April 21, the patient was admitted to an Ebola treatment center for intensive care, but died the same day, the World Health Organization confirmed in a statement, in what is the third outbreak in the province since 2018 and the first for two years.

Investigations to determine the source of the outbreak have begun immediately.

“Time is not on our side,” warned the WHO regional director for Africa, Matshidiso Moeti. “The disease is two weeks ahead of us and now we are catching up,” he lamented.

Read:  The EU agrees to travel without restrictions for vaccinated while a dozen countries require additional tests

“The positive news,” he wanted to point out, however, “is that the health authorities of the Democratic Republic of the Congo have more experience than anyone in the world to quickly control Ebola outbreaks.”

The country declared in mid-December of last year the end of the last Ebola outbreak decreed in the province of North Kivu (east), after no new cases had been confirmed for the last month and a half.

There have been 14 Ebola outbreaks in the Democratic Republic of the Congo since 1976. This is already the sixth since 2018, the highest frequency since there are records, according to the WHO alert. The Equateur province’s previous outbreaks were in 2020 and 2018, with 130 and 54 cases recorded, respectively.

Read:  HRW confirms that Russian troops used cluster bombs on the population in the Ukrainian region of Kharkov

Vaccination will begin in the coming days in the country, taking advantage of the available reserves of the rVSV-ZEBOV Ebola vaccine that are stored in the cities of Goma and the capital, Kinshasa.

The vaccines will be shipped to Mbandaka and administered through the “ring vaccination” strategy, where contacts and contacts of contacts receive the drug to slow the spread of the virus and protect lives.

“Many people in Mbandaka are already vaccinated against Ebola, which should help reduce the impact of the disease,” Moeti added before announcing that “everyone who was vaccinated during the 2020 outbreak in the area will be revaccinated.”

Ebola is a serious, in many cases fatal, disease that affects humans and other primates. The mortality rate varies between 25 and 90 percent.