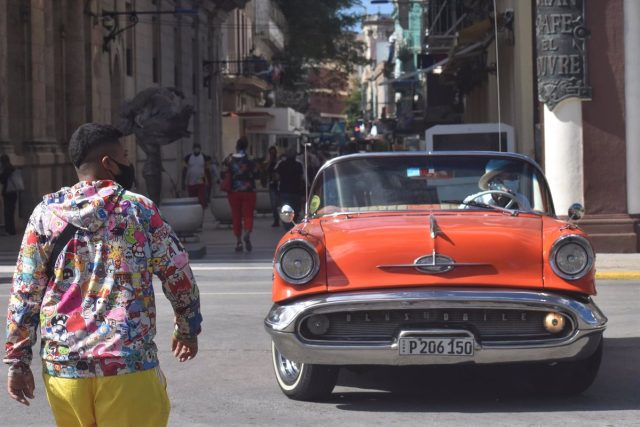 The Government of Cuba has demanded this Thursday the cessation of the “blockade” imposed by the United States exactly 60 years ago, an “inhuman” embargo in the eyes of Havana and that for now the Joe Biden Administration has shown no signs of touching in the short term. term.

In October 1960, the United States officially imposed a partial economic embargo on Cuba, in response to the expropriations carried out by the Castro regime of assets belonging to US companies and citizens on the island. A year and a half later, on February 3, 1962, the then US president, John F. Kennedy, enacted a measure that made the embargo total.

The island’s authorities have called for an end to this “blockade” on numerous occasions, even assuring that, with Biden in the White House, the restrictions are tightening. In any case, far remains the rapprochement between Washington and Havana that led in December 2014 to the normalization of bilateral relations.

“The Revolutionary Government, on behalf of the people of Cuba, emphatically demands the end of the Blockade imposed by the United States,” Cuban President Miguel Díaz-Canel underlined this Thursday, coinciding with the sixtieth anniversary of what is known as Proclamation 3447.

“Our denunciation will remain firm and invariable until this inhumane and illegal policy ceases,” Díaz-Canel said on his Twitter account. According to his government, the embargo has led to losses of more than 144,000 million dollars in the last six decades.

The Cuban Foreign Ministry has also charged in a statement against this “policy of encirclement and economic suffocation”, which it attributes to the political interests of the United States and its objective of “imperialist domination.” “Over time, the pretexts have varied, but the purposes have been the same,” he said.

Havana even considers it an “act of economic warfare” with consequences not only bilateral, but also in relations with third countries. In this sense, the department headed by Bruno Rodríguez has warned that it “stops” foreign investment and “cuts off all sources of income.”

Read:  Russia assures that there are "risks" of involving third countries in the Ukrainian conflict

“The blockade has never had the slightest hint of legitimacy or moral justification,” he added, describing it as “a massive, flagrant and systematic violation of Human Rights” even comparable to “genocide.” In the last two years, the Government of Cuba has recognized that the embargo harms its ability to deal with the COVID-19 pandemic.

For the Cuban Foreign Ministry, this supposed “strengthening of the blockade” reaches “unsuspected limits of cruelty”, although it has stressed that the island’s authorities will not change their current policies, no matter how much pressure they receive. “It would seem that 60 years have not been enough to understand that it has not met, nor will it meet, the objectives of its promoters,” he warned.