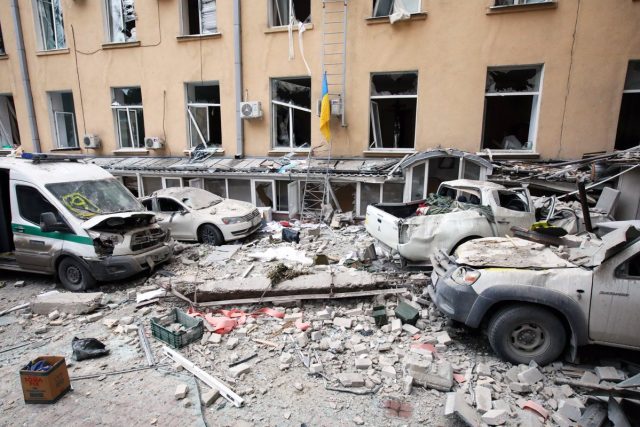 The Ibex 35 has started this Thursday’s session with a fall of 0.13%, which has led the selective to stand at 8,309 integers at 9:01 a.m., in a context that continues to be marked by uncertainty about the Russian invasion of Ukraine, with crude oil rising and after the United States Federal Reserve (Fed) has advanced a rate hike.

Specifically, the president of the United States Federal Reserve, Jerome Powell, has confirmed the intention of the US central bank to undertake the first increase in interest rates after the pandemic at the meeting to be held at the end of March, despite that the war between Ukraine and Russia has increased uncertainty.

Read:  At least one dead and five injured in a missile attack on a shopping center and a store in Odessa

With inflation well above 2% and a strong labor market, we expect it will be appropriate to raise the target range for the fed funds rate at our meeting later this month.

Regarding the war in Ukraine, the United States government called on Russian President Vladimir Putin on Thursday to “immediately end the bloodshed” and withdraw its troops from Ukraine, a week after the start of an invasion days after recognizing the independence of the self-proclaimed republics of Donetsk and Lugansk.

After advancing 1.62% yesterday, the Madrid selective woke up clinging to the psychological level of 8,300 points, while Frankfurt woke up flat and Paris and London scored an advance of 0.2% after the Dow Jones on Wall Street has risen 1.79%.

Read:  Polish Prime Minister regrets that the strength of the ruble shows that sanctions against Russia do not work

On the other hand, the price of a barrel of Brent quality oil, a reference for the Old Continent, stood at a price of 118 dollars, after rising 5%, while Texas stood at 115 dollars, after advancing 4 %.

Finally, the price of the euro against the dollar stood at 1.1090 ‘greenbacks’, while the Spanish risk premium stood at 97 basis points, with the interest required on the ten-year bond at 0.995%.