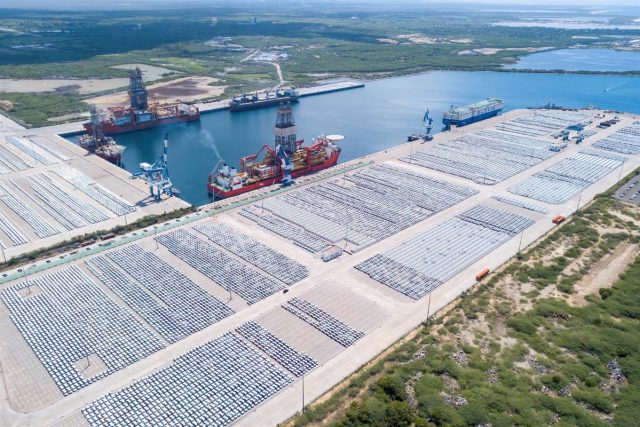 The Chinese research vessel Yuan Wang 5 has officially docked this Tuesday at the Hambantota port, in the south of Sri Lanka, after the ship’s arrival was postponed due to pressures from countries such as India or the United States.

Sri Lanka granted permission for it to dock at Hambantota port against a controversial backdrop. India expressed doubts about the integrity of the mission, believing it could be a cover for an espionage operation. The United States, for its part, pressured the Sri Lankan government to revoke Chinese access to the port.

Read:  Petro and Hernández will dispute the Presidency of Colombia in the second round, according to partial results

Initially, the ‘Yuan Wang 5’ was to have arrived at a port in Hambantota on Sri Lanka’s southern coast on August 11. However, the sensitive issue has ultimately caused the postponement of its arrival.

The postponement occurred after “certain concerns” were raised, according to the Sri Lankan Foreign Ministry, while from New Delhi indicated the initiation of operations to study the voyage in relation to the security and economic interests of India, which “takes all necessary measures to safeguard them.”

India and the US also argue that allowing the visit would amount to special treatment of China as the country seeks to renegotiate its debt and seek a bailout from the International Monetary Fund (IMF) after months of political upheaval.

The Hambantota port, more than a decade old, has been plagued by controversy as the government had to borrow heavily to build it. When Sri Lanka was unable to repay the loans, it granted China a 99-year lease on the facility for debt relief.