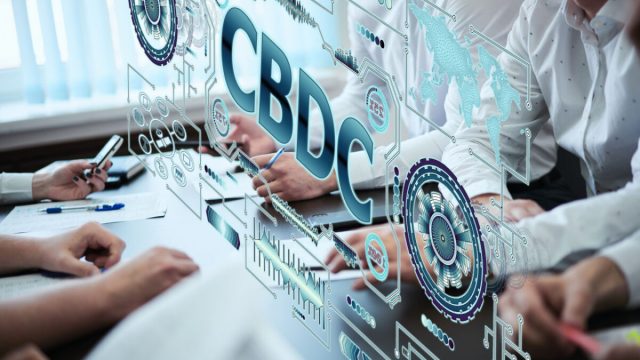 Monetary authorities in four jurisdictions in Asia have conducted tests with international settlements using government-issued digital currencies. Cross-border payments and foreign exchange transactions totaling more than $22 million have been made under the pilot project with the participation of the Bank for International Settlements.

Monetary policy regulators in China, Hong Kong, Thailand and the United Arab Emirates have conducted a trial of cross-border payments with digital currencies they have issued. The successful completion of the pilot was announced by the Innovation Hub Hong Kong of the Bank for International Settlements (BIS).

The tests, which took place between August 15 and September 23, involved real-value transactions. They were processed by a distributed blockchain called Mbridge, a payment project initiated by the Hong Kong Monetary Authority, the Bank of Thailand and the BIS Innovation Center in 2019. The People’s Bank of China and the Central Bank of the United Arab Emirates joined the project in 2021.

During the trial, 20 commercial banks employed the platform to settle various types of payments for corporate clients, primarily in cross-border trade, BIS explained in a Linkedin post. “More than $12 million has been issued on the platform, facilitating more than 160 cross-border payments and foreign exchange transactions with a total value of more than $22 million“, she detailed.

Participants included Industrial and Commercial Bank of China, the country’s largest lender, as well as its Abu Dhabi brand and its ICBC (Asia) subsidiary in Hong Kong, according to Financial News, the PBOC’s official newspaper. In addition, Bank of China’s Zhejiang branch made digital yuan (eCNY) payments with HSBC and Siam Commercial Bank for two high-tech companies in the province.

The report did not provide more details on the other currencies used, but in addition to China, which has expanded the pilot project for eCNY, Hong Kong, the United Arab Emirates and Thailand have been testing central bank digital currencies (CBDCs) as well, the South China Morning Post noted. The Hong Kong-based publication also noted that the experiment could undermine the role of the U.S. dollar in foreign trade if banks could settle directly without the greenback.

Read:  Trading volume on Euronext rebounds by 30% in September

Other nations, like Russia, are also aiming for the same thing with their own digital currency projects. According to a recent report, the Russian Federation intends to use the digital ruble for settlements with China, its main ally and trading partner, amid geopolitical and economic conflict with the West over Ukraine. Moscow wants to launch settlements with the CBDC early next year.

In its announcement, the BIS said a detailed report on the progress of the international payments project will be published in October. This document will cover aspects such as technical design, legal, policy and other regulatory considerations, and will outline the future roadmap for the Mbridge platform.