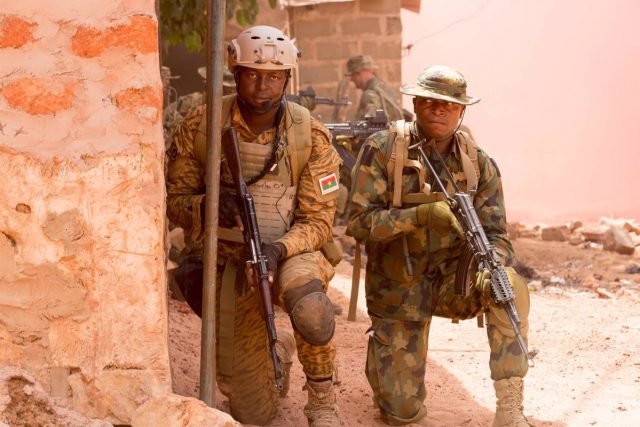 The new leader of Burkina Faso’s military junta, Ibrahim Traoré, has justified last week’s coup d’état by “a progressive deviation of the transition” and has promised that he will “respect the international commitments” adopted by the African country’s authorities.

Traoré, who on Tuesday met with a delegation from the Economic Community of West African States (ECOWAS) led by former Nigerian President Mahamadou Issoufou, stressed that the coup was necessary to “restore security and territorial integrity”.

The coup, in which the hitherto leader of the junta, Paul-Henri Sandaogo Damiba — in power since the January uprising against the elected president, Roch Marc Christian Kaboré — was deposed, took place in the face of the continuing deterioration of the security situation and attacks by jihadist groups.

In this regard, Traoré has conveyed to ECOWAS that the junta will work to “promote and protect human rights” and “respect the dynamic compromise reached by Burkina Faso and ECOWAS in July 2022” on the transition period, according to the Burkinabe news portal Infowakat.

Read:  More than 1,200 killed by floods in Pakistan, which expects further deluges in the south

Traoré has also called on the body to “accompany” the junta “in the search for a better future for the Burkinabe people”, including its “intercession” with the international community, while ECOWAS has shown its “satisfaction” for “the spirit of concertation, which has allowed a return to calm”.

On the other hand, the junta leader has appealed to the demonstrators to unblock public roads, not to perpetrate attacks against “public or private property” and to “respect the freedoms of other citizens.”

“I can assure that the different messages have been heard and will guide our actions during this transition,” he said, while calling on the population to give him their “trust” so that “we can overcome together the multiple challenges facing the country.”

After the coup d’état, the French Embassy in the capital, Ouagadougou, was attacked amid rumors of the presence of Damiba – who fled to Togo – and dozens of demonstrators took to the streets with Russian flags to protest against the French military deployment and against the arrival of the ECOWAS mission.

Burkina Faso has generally experienced a significant increase in insecurity since 2015, with attacks by both Al Qaeda and Islamic State affiliates, leading to a wave of internally displaced persons and refugees to other countries in the region.