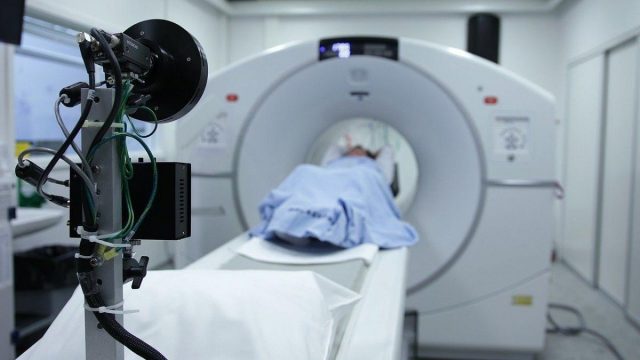 A team of Spanish and Norwegian researchers has created a model for predict the individual risk of developing breast cancer, which could be used to thus adjust the frequency or the type of mammography depending on each patient’s likelihood of having the disease.

This research, the result of collaboration between researchers at the Cancer Registry of Norway and the Medical Research Institute of the Hospital del Mar in Barcelona (IMIM), is one of the studies to be presented this Wednesday at the kick-off of the European Breast Cancer Congress (EBCC).

It is the largest breast cancer congress outside the United States and will bring together until Friday around 1,500 people from 80 countries at the Barcelona International Convention Center (CCIB).

Organized by the European society of breast cancer specialists Eusoma, the European Organization for Research and Treatment of Cancer (EORTC), and the international patient coalition Europa Donna, the congress addresses new developments across the spectrum of this disease, from detection, treatment, care to the patient or the impact of lifestyle.

One of the areas being addressed on the first day is the improvement of the cancer screening, not only to increase early diagnoses but also to make it in a more accurate and personalized way, because the level of risk or genetic predisposition of each woman is different.

Read:  Alcoholism spike brought on by the pandemic begins to recede

This is the aim of the study presented at the EBCC by the. Dr. Javier Louro, of the Hospital del Mar, who has worked on the analysis of the data of about 50,000 women who participated between 2007 and 2020 in the Norwegian national screening program, whereby all women aged 50-69 years are invited to have a mammogram every two years.

These included the age, family history of breast cancer, benign anterior mammary disease, breast density (a measure of the glands and fibrous tissue of the breast), body mass index, or alcohol consumption.

They compared these factors in women with and without a diagnosis of breast cancer to assess the impact of each, develop the model, and verify whether it was accurate overall.

“Several models of breast cancer risk prediction, but we believe this is one of the first models designed to guide breast screening strategies throughout an individual’s lifetime using real data from a screening program,” Louro noted.

This model, which the researchers have been able to verify that it is accurate, it could make the breast screening programs be more effective and, ultimately, improve survival rates.

It could also contribute to decreasing the “false positives”, which occur when screening tests indicate cancer but subsequent tests show that there is no cancer, and the overdiagnosis, which occurs when patients are diagnosed and treated for a cancer that grows extremely slowly and has not caused any problems during their lifetime.

These findings are based on only one screening program in one country, so, according to the investigators, it will require further studies will be required, such as another similar to the one in Norway but in a different environment or a computer simulation.