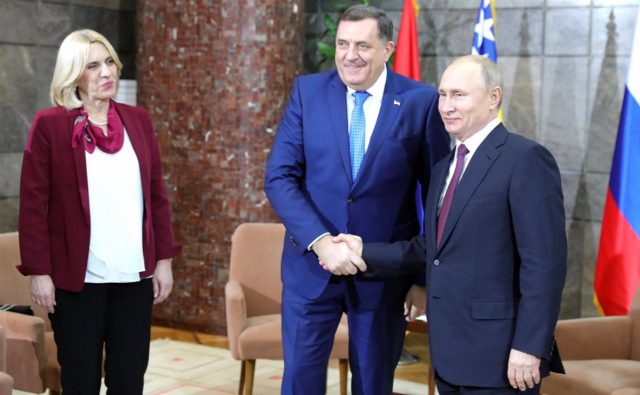 The Serb nationalist leader of Bosnia and Herzegovina, Milorad Dodik, has accused the West of having looked the other way when Ukraine “exterminated” the Russian population in Donbas, reason for which, he has assured, President Vladimir Putin has been “forced” to take measures.

“For many years, the West has not reacted to the extermination of the Russian population in Ukraine, there were daily killings and shellings in Donbas,” Dodik has assured in an interview for the TASS agency, in which he has also accused the West of training Ukrainian troops and sending “its own mercenaries” to Donetsk and Lugansk.

Read:  A strong earthquake shakes the Pacific coast of Nicaragua

“Russia has been forced to retaliate,” has justified who holds the Serbian part of the Presidency of Bosnia and Herzegovina, who has reproached the West for not having “taken seriously” Putin’s “warnings” about the maneuvers that were taking place near its border.

“The West can behave brazenly with us, the Serbs, cut off oil, impose sanctions, but Russia is another story, this brazenness will not go well for it,” he has assessed.

However, Dodik has pointed out that the “special operation” deployed by Russia in Ukraine is “very different” from those, for example, launched by the United States in other parts of the world, since the “purpose” is to cause “as few casualties as possible.”