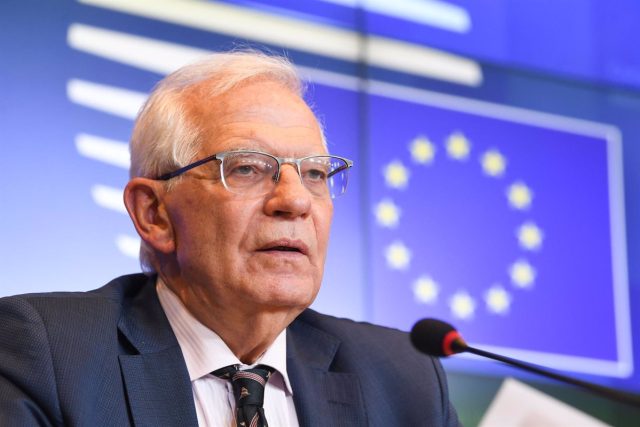 The High Representative for Foreign Policy of the EU, Josep Borrell, criticized this Sunday the election of John Lee as the new head of the autonomous government of Hong Kong because “it violates democratic principles and political pluralism”.

“The selection process is a further step towards dismantling the ‘one country, two systems’ principle” put in place after the return of the former British colony to China, Borrell argued.

For the head of the EU Diplomacy, “the Chinese and Hong Kong authorities should comply with their national and international commitments.”

John Lee Ka Chiu, until a month ago ‘number two’ of the Hong Kong Government and considered faithful to Beijing, was elected this Sunday as the new chief executive, after obtaining 1,416 votes in favor and only 8 votes in against his candidacy in an indirect election.

Lee, 64, has thus become the sixth leader of the autonomous city, although for this election he has been the only candidate to run.

“Today is an important day. It is not only an election day, but also Mother’s Day (…) and also World Smile Day (…) We can all smile on this very historic day,” Lee has expressed in his victory speech, according to the newspaper ‘South China Morning Post’.

The new Hong Kong leader has opted to open “a new page” in the history of the region, “unify” the city and implant “a new culture of bold thinking” in the institutions, RTHK public television reported.

The former ‘number two’ of the city has previously recognized the existence of divisions within Hong Kong society, in particular the dissidence that denounces China’s interference in territorial autonomy, an interference that culminated in the declaration of a law of security that has practically annihilated the pro-democracy opposition.

In this sense, Lee argued that his lack of a “deep relationship” with certain sectors would not exempt his government from being “fair” in relation to these issues, “with no other burden than the general interests of Hong Kong in mind.” He also admitted that there are “differences in society” and that “repairing social divisions is a challenge for any government.”

Read:  Zelensky announces the rescue of 40,000 people through humanitarian corridors and denounces that Russia does not stop the attacks

Earlier, Hong Kong’s new chief executive avoided describing himself as a “radical” but defended the Chinese government’s crackdown on the latest wave of protests that began in 2019 against a Hong Kong extradition law to China that violated, according to the opposition, against the judicial independence of the territory.

“The way I handle the different issues is based on the nature of the issues themselves. In the extradition bill saga, there was foreign interference,” Lee said, using the argument used by the Chinese authorities, “and the government needed to handle it.” properly and effectively.”