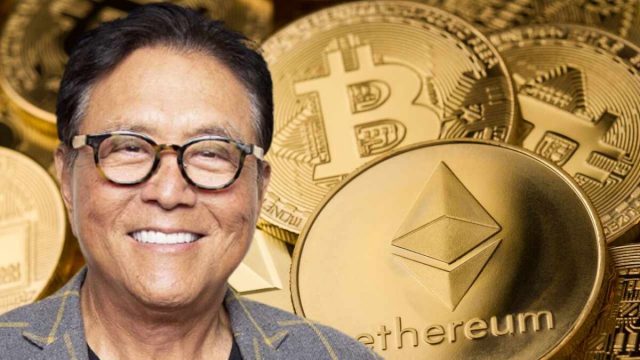 One of the hardest things to do as an investor is to take a contrarian approach to the market consensus and “to buy when there is blood in the streets“, as the nineteenth-century British financier Nathan Rothschild is credited with saying.

In the midst of the price collapse in the crypto-currency markets as the FTX contagion spreads, Bill Ackman and Robert Kiyosaki who both take their cue from Rothschild’s book and take the opportunity to acquire their favorite tokens at liquidation prices.

Bill Ackman has been a well-known skeptic of the crypto industry for years due to his tendency to “facilitating fraud“. But the events of 2022, as well as a deeper dive into “some of the more interesting crypto projects“, have changed the perspective of the founder and CEO of Pershing Square Capital Management, who now believes “that crypto can enable the formation of useful businesses and technologies that previously could not be created.“

Bill Ackman highlighted the ability of a company to issue a token that encourages participants to engage as a “powerful lever for accessing a global workforce to advance a project.“

“The problem with crypto is that unethical developers can create tokens simply to facilitate pump and dump schemes“, he said. “It may in fact be that the vast majority of crypto-currencies are being used for fraudulent purposes rather than to create legitimate businesses.“

Beyond questions of legitimacy, Bill Ackman suggested that the application of reasonable regulation and oversight could allow the potential of blockchain technology to one day rival the impact of the telephone and the Internet on the economy and society.

The investor cited two projects – Helium and DIMO – as examples of real-world use cases capable of creating a well-balanced market with a healthy level of supply and demand.

Helium is a peer-to-peer powered global Wi-Fi network used by various companies to track Internet of Things (IoT) devices, among other uses of the Wi-Fi network.

DIMO is a platform that allows drivers to connect to their vehicles to track their health and performance, get the best price on the sale, save on maintenance, and earn rewards.

While Ackman has changed his mind about crypto, he still stresses the need for caution and due diligence when investing in the digital asset class.

“I invest more like an amateur trying to learn than a prudent investor, as I minimize the amount of time I spend on non-Pershing Square investments, so please don’t rely on my due diligence or take anything above as an investment recommendation“, he stated. “All of the above said, I think crypto is here to stay and with proper oversight and regulation, it has the potential to greatly benefit society and grow the global economy.“

Meanwhile, famed bitcoin bull Robert Kiyosaki has reiterated his belief in the long-term success of bitcoin and blockchain technology.

Speaking in an interview with radio host iHeart and author of “Uncommunist Manifesto“Mark Moss published on November 21, the author of “Rich Dad, Poor Dad” reiterated that he remains bullish on bitcoin despite the FTX fallout.

“I remain optimistic about bitcoin, but I don’t see silver and silver ETF as the same thing. And bitcoin is not the same as Sam Bankman-Fried. (…) It’s FTX that’s the problem“, he said.

Robert Kiyosaki went on to suggest that recent developments have made bitcoin and Ether even less attractive to investors in his age bracket, but that he remains a believer.

“I’m still in favor of bitcoin. I’m not against it like a lot of people of my kind, my age group, because I think bitcoin is solid. I’m actually more into blockchain and I own Ether.”